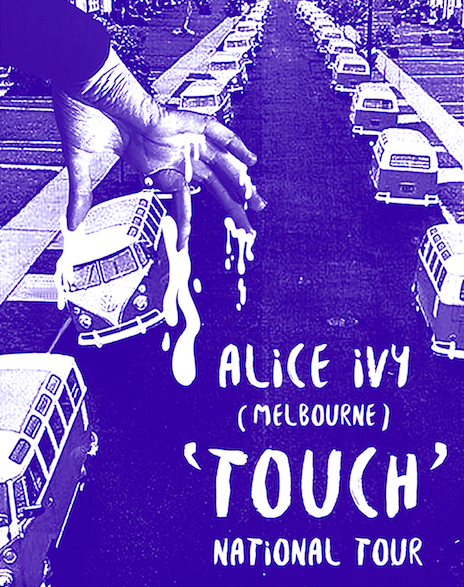 Alice Ivy’s new track ‘Touch’ is quite encapsulating. The sound that Alice Ivy has hit upon here harks back to early Groove Armada, Moby, Bent, Avalanches and Chemical Brothers circa. ‘Star Guitar’.  It is an absolute delight.

Put it this way, when the 3 minute 54 track finishes, you’ll be hitting the play button again and again.  I’m going back in for another spin.

You can catch Alice Ivy on her first Australian tour in February and this first single from her forthcoming debut album shows promise for big things in 2016 and beyond.

More Alice Ivy below.  You’ll get the Avalanches, Bent and Chemical Brothers comparisons more on these: