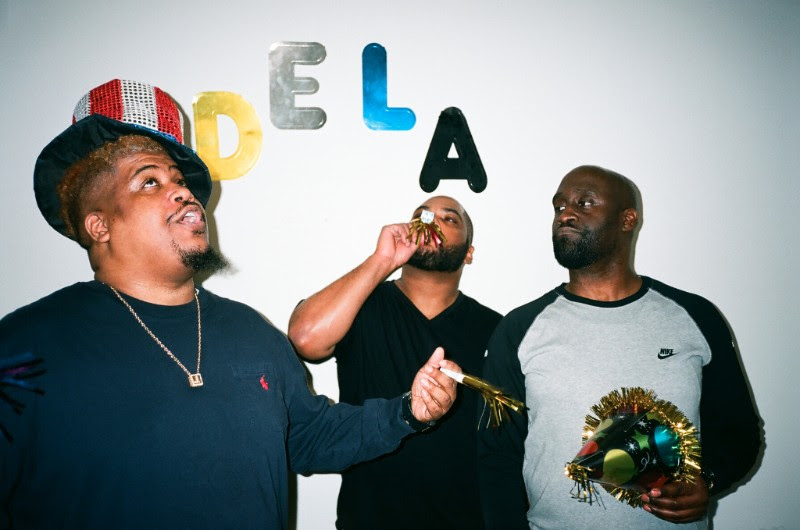 Wowsers! De La Soul are back and they’re stoking the steam engine at full speed on ‘TrainWreck’.   This is taken from their 8th studio album And The Anonymous Nobody out on August 26th, 2016.

The creation of And The Anonymous Nobody has been several years in the making. De La Soul wanted to make another sample-based album in the vein of 3 Feet High and Rising.  In order to do so, they spent a few years recording more than 300 hours of live music, converging everything from bossa nova, soul and hip-hop to funk, disco and reggae.  They essentially created the instrumental albums from which they would dig and sample.

Good things come to those who wait and this new offering is more funk that hip hop but all of the flavours are there for the tasting. Get on it.