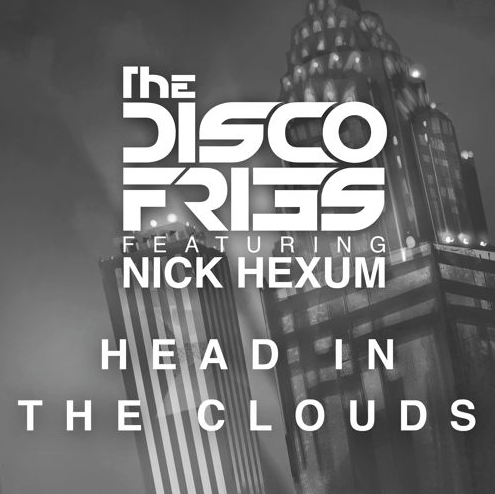 The Disco Fries have just dropped their new track ‘Head In The Clouds’ featuring 311’s Nick Hexum, taken from their mini album Autonomous.  This makes me happy, particularly when you read the back story on this one from The Disco Fries.

Sometimes when we make a record, it is clearly meant to remain instrumental, and other times you can envision a singer on it immediately. It’s very rare that the singer that you envision on a track is accessible, inspired by your tune, and turns around a smash within the first week of digging in on writing.

We were lucky enough to have all this happen with ‘Head In The Clouds’, and working with Nick Hexum has really been a dream come true. Growing up, 311 was always a staple in Nick’s (of the Disco Fries) CD collection. The band’s hybrid of reggae, rock and hip-hop was both super melodic, and had plenty of edge to appeal to a young teenager in the 90’s.

The first concert he was allowed to go to with his friends was 311 and surely you can imagine the impression it made on a 13 year old. Fast-forward to last summer when we were sitting on a one minute clip of the origin of this track and Nick Hexum, 311’s lead singer, popped to the top of our wish-list to sing on the record. After connecting with his publisher(shout out to Jeremy at Downtown!), we sent over what we envisioned for the track, and his team let us know that Nick had just gotten off tour and was taking some time in the studio to dig in on electronic music.

The stars couldn’t have aligned any better. We happened to be one of the first acts that gave him a call to work on an electronic tune and the rest was history. We landed in LA a few weeks later, actually just a few days before we met up with Breathe Carolina, and took a drive up to his studio in the mountains. Everything clicked instantaneously and before we knew it ‘Head In The Clouds’ was born.