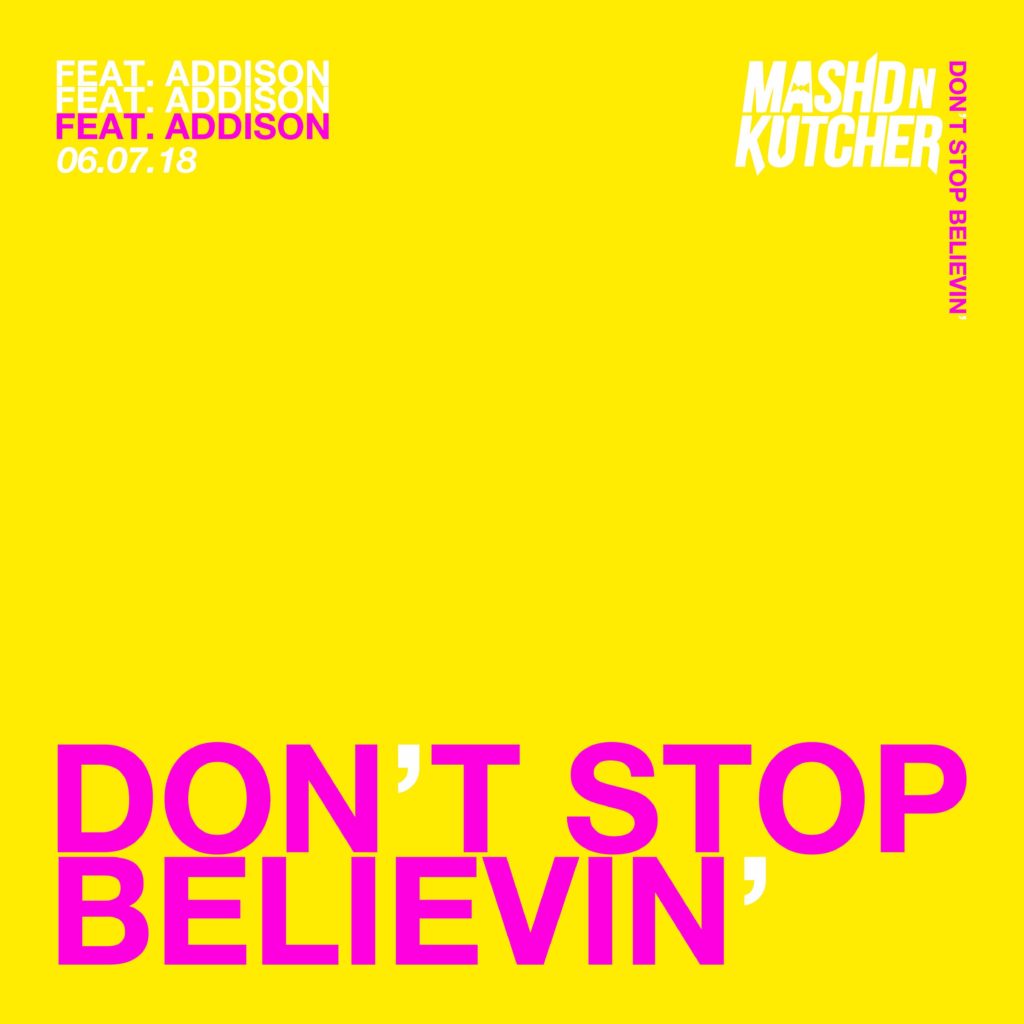 If you wanted a modern take on the classic Journey track that will fill your boots full of fire, look no further than here!

Part DJ’s, part live instrumentalists, this keyboard and drummer duo from Brisbane Australia, have cemented their name as one of the most prominent Australian electronic music acts of recent years. Three short years after they began, Mashd N Kutcher became one of the most talked about acts in the industry, consistently touring across: Australia, Asia, New Zealand, North America, South America and Europe. From multiple DJ Mag Top100 clubs, to international festivals such as: Ultra Music Festival, s20 and Electric Love Festival, Mashd N Kutcher have now amassed a whopping 700+ live shows.

Their music has been keeping Australia’s airwaves busy with Platinum and Gold selling singles: ‘My Sunshine’ – becoming the #1 Most Played record on Australian Radio in February and hitting Top 5 on iTunes multiple times.

The guys begin their Australian Tour this weekend (dates below):