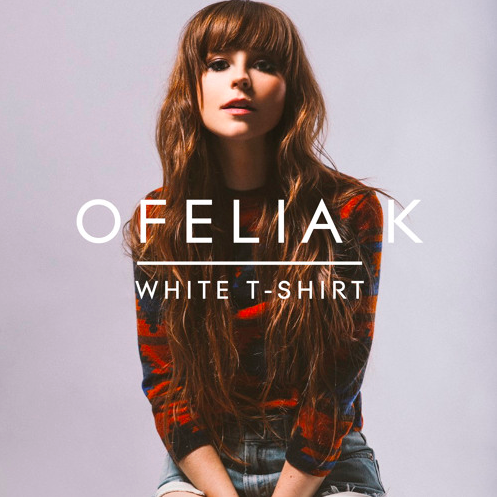 Ofelia K’s solo debut single ‘White T-Shirt’ is a delicate track that floats along on a cloud of goodness that you can’t take your eyes and ears off of.

In the last 3 years, Ofelia K has earn three #1’s on Hype Machine’s popular chart (twice as the vocalist of indie-pop duo Wanderhouse, and also alongside EDM producer Felix Cartel for “New Scene,” which Billboard named “one of the best dance recordings of the year in 2013).

The keyboard horn used on this and style of production reminds of the B-Side ‘A Brass Band In Africa Chimes’ by Simple Minds which is one of my favourite tracks of all time.  This is a track that I seriously getting acquainted with over and over again.

Keep your eyes and ears on Ofelia K.