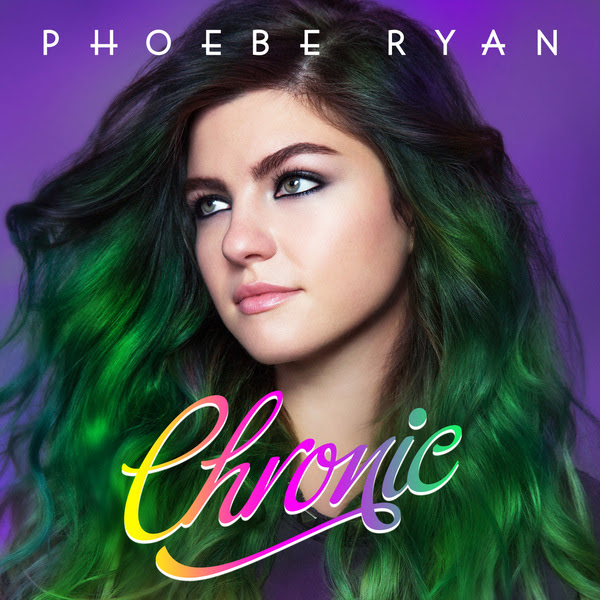 Phoebe Ryan has released her highly addictive new single ‘Chronic’ and this is yet another solid and addictive poptastic track from this rising artist.

The song was premiered during Zane Lowe’s Beats 1 show on Apple Music. In anticipation of the single, Phoebe has been posting fun covers of the song (string quartet, mariachi, beat box and more) on social media and has also released a lyric video for the track (below). Shot from Phoebe’s perspective, the video takes you on a scooter tour of Los Angeles with the song’s chunky letter lyrics popping up as you go.

Phoebe, “a pop singer primed for stardom” as dubbed by Nylon, is currently on the road with Charlie Puth as a supporting act on his ‘Nine Track Mind’ tour, which kicked off just yesterday. The 20-show trek hits numerous major markets across the U.S. including Los Angeles, Dallas, Chicago, Detroit, Boston, New York and more. 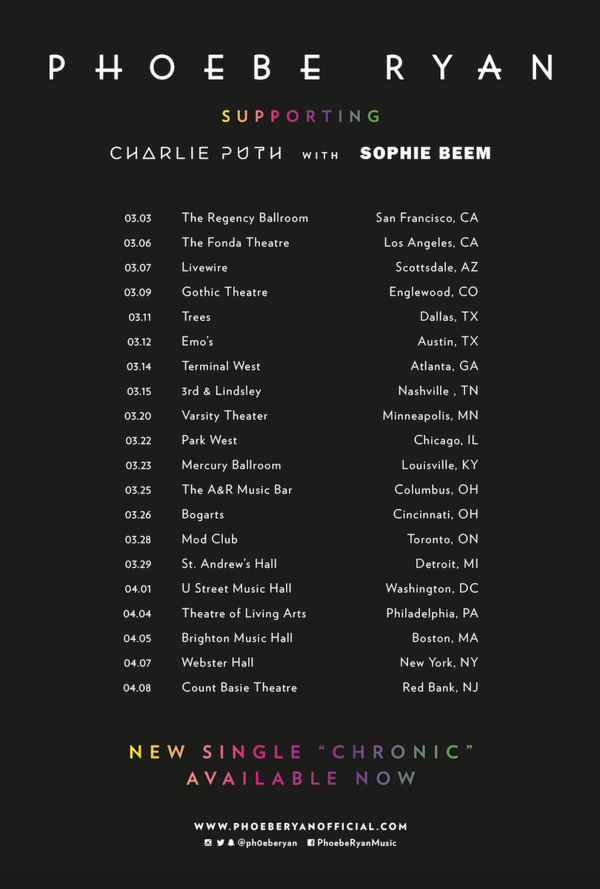