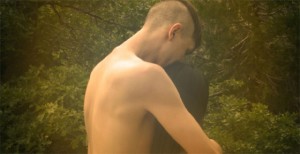 Whether you are heading to Austin this week to catch some great new bands or some already awesome bands that you are aware of, there are always going to be some hidden gems that you should get to know too.  Even if you’re not in Austin, you should definitely check out the band Silver Swans as they are quite awesome and have a fantastic sound.

We were lucky enough to not only get a sneak preview of their new album (which we can’t stop playing) we also got to catch up with Silver Swans this week before they play their showcasing gigs in Austin.

Here’s what they had to say in our Q&A:

Since we first heard your new album ‘Forever’ (provided to us very kindly by TwentySeven Media) we’ve pretty much had it on constant play.  Are there any tracks on the album that are your favourites when you play them live or are you in love with the whole album as we are?

Thank you so much for the kind words!  I think we have different favorites  all the time but lately we’ve been rehearsing Always Something and enjoying that one very much.  We’re very excited to play it in Austin for the first time.

You’ve been compared to an array of fine bands including The Raveonette’s, Ladytron, The Knife and New Order to name just a few.  What bands would you say  that are your favourites that might have influenced you when creating the sound of Silver Swan?

We have always loved Radio Dept and they would probably be our biggest influence overall but Fever Ray and The Knife played a huge part in our summer soundtrack when Forever was written as well.  We go through phases of listening to just a few bands obsessively and I think that can definitely seep into your own personal sound.

As a band, you’ve got an incredible knack of covering some pretty awesome songs in unique and outstanding ways (Lana Del Rey, Fleet Foxes and The National).  What attracts you to putting your name to a cover?

Melody is very important to us so when we hear a song that has a very beautiful melody, we kind of don’t hear anything else in the arrangement of the song.  That makes it easy to build our own track around the melody.  When I first heard Video Games, I just felt nostalgia and sweet sadness, and that can translate through any medium I think.   It’s important that we both feel something meaningful when we do covers, otherwise there’s really no point.

Your cover of The National’s track ‘Anyones Ghost’ was featured in Season 1 of Revenge.  Did you manage to catch the episode when it aired in the US?

I did actually, and loved it.  Revenge is my guilty pleasure anyhow.

Your band name is taken from the group of super villains in the Wonder Woman comic book series.   If a movie or TV series remake of Wonder Woman was made, who would you want to play the lead character and ensure that they did not ruin the franchise?

I would love Natalie Portman, that would be very classy.

It’s exciting times ahead in March as you’re scheduled to play a few shows at SXSW in Austin during March.  How does it feel to be playing SXSW, where some of the big names in the music industry have showcased and been keynote speakers over the years?

We are all very excited and looking forward to playing and catching so many amazing bands this year.  I can’t believe I’ll get a chance to see Fiona Apple play too!

When did you find out that you had been officially listed to play?

We found out in January which was nice, we didn’t have to wait and book anything last minute.

Are you going to be able to mix business with pleasure at SXSW and catch any conference sessions and gigs when you’re there or will your working commitments mean it will be a fleeting trip to Austin?

Some of the shows we are playing are with bands I would love to see anyhow and Jen and I are also in a fashion show which will be our one conference session we can attend and also participate in.   The only plan we have is getting as little sleep as possible.

Which bands and DJs on the schedule will you be trying to catch?

We’re doing a poll to see if any artists playing SXSW get the chance to have first dibs on a guaranteed Willy Wonka’s golden ticket to catch Bruce Springsteen Live.  Are you in the same boat as every other attendee that is hoping to get to catch ‘The Boss’ in action?

Hahha, I’m actually not a huge Bruce Springsteen fan, I remember my parents listening to Bruce a bit but it never really registered with me so I won’t be too heartbroken If I don’t get to him.

What’s next after SXSW for Silver Swans in 2012?

We are planning a tour for the summer and then finishing up the next body of work.

From track opener House of Blood you know that you are in for a blissful ride of beats.  However, what you won’t know until you listen to the album that this one is a diverse one, from the track ‘House of Blood’ which has drum like heartbeat throughout the track into the track ‘Secrets’ that could be straight off The Cure’s ‘Wish’ album (think of Letter to Elise).  In fact, with that guitar playing on this track, it would be awesome to hear a Cure cover of this.

New single ‘Let It Happen’ heads into The Knife like territory (with a bit of Fever Ray in there for good measure).  This is a great catchy track and we love the video to this too, which you should check out above if you haven’t done so already.

That leads us to the track ‘Diary Land’ which is our favourite on the album.  It’s just under 6 minutes of utter awesomeness.  This track throbs.  It’s got a little bit of U2’s “Where The Streets Have No  Name’ going on in the key changes which is probably why it gets under your skin so quickly.  We played this 4 times back to back on the first listen and have had this on again a considerable amount of times more.  We’re looking forward to seeing the band play this one live (fingers crossed it is on their set list).

But wait…that’s not all, as we are then taken into ‘Actual Pain’ which is another stunner of a track.  The tunes sound quite simple in the layering of the instruments (minimal beats and all) however there is definitely a plan going on in how these tracks are produced…..and what a plan it is.

Straight off the back of the dark and deep track ‘Actual Pain’ is the track ‘Mother of Pearl’ which is as near to a new sounding Cardigans as I’ve heard in a long time.  There’s something about this track that sounds like you should be on a moped scooting around a European city with the wind through your hair (unless you are wearing a helmet of course).