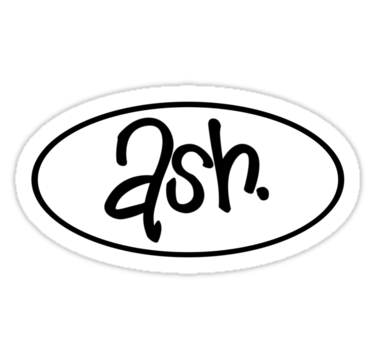 When you walk into The Corner for a gig and Creedence are already playing over the speakers, there is a fairly strong chance that you are going to have a most excellent evening. This rule that I devised just then and have tested on a sample size of one was proven to be true with Ash back in Melbourne after three long years away. And so it came to pass that Ash produced another amazing performance that more than did justice to 1977; one of the great albums of the nineties (insert overly passionate-enthusiastic-vitriolic debate / ranting / venting over the merits of various albums produced in the nineties here).

Lose Control was the first single played and like everything else, was tinged with nostalgic. Not least because this song was used on the soundtrack of Gran Turismo on the PlayStation. Back in the day, this tune was traditionally accompanied by a hurling of a controller across the room due to a mistimed corner leading to a spin or a complete lack of skill manifesting itself in a variety of other ways. In any case, the result was always a complete and utter debacle. One thing that could always be counted on however was that the Nissan Silvia would finish up in less than showroom condition. In a similar fashion to the way would you would expect Ash to, given how much Rick, Mark and Tim throw into every gig, but yet they keep on keepin’ on much like Berger paint in an unintentional spot of product placement. The only things that were absent from the last show in Melbourne was Russell from Bloc Party, failing equipment, Smiths covers and We Are Scientists. Such was the excellence of the show however that these weren’t really missed, especially the recalcitrant amp.

Whereas Lose Control was a strobe filled, seizure inducing cacophony of sound, Goldfinger was far more mellow and showed Ash’s undoubted ability to produce truly beautiful ballads. This has not diminished throughout the years and has produced tracks like Twilight of the Innocents, Candy and Starcrossed, which unfortunately did not get a run out tonight. On the positive side, Oh Yeah did get a guernsey, which was a victory for all of the cardigan wearers who sport their hearts on their sleeves.

You could tell that Ash are quite au fait with the whole performing thing; Tim Wheeler and Co had the audience eating out of their metaphorical hands. Back when Nero was feeding Christians to lions he probably wasn’t getting as much love back from the crowd as what Ash received. Which is strange when you think about it really, how could you not love a guy whose repertoire of party tricks included executing his mum, poisoning his stepbrother and using people as torches for garden parties? What a hoot. Anywho, Ash proved that you don’t need to create human firelighters to keep a crowd happy. This was perfectly illustrated during Girl From Mars where the audience was turned into a group of slobbering Pavlovian puppies waiting for the cue to finish off the immortal line, “I still dream of you, still you love Girl from… MARS”.

Any thoughts of a lull in proceedings were immediately cast aside with the arrival of the frenetic Kung Fu. The homage to all things Asian such as Jackie Chan, Fu Manchu, Taiwan and Mr Miagi is just as good now as it always was. Same thing goes for Angel Interceptor with the audience trying really hard but not quite reaching the high “angel interceptor” bit at the end. The effort was there, which is the main thing I suppose. I got even less close than most, as my voice absconded somewhere between Kung Fu and Oh Yeah.

Darkside Lightside provided yet another opportunity for Tim to show just how awesome he is on guitar. We are talking Jay Mascis good here and almost as loud. The best bit was that having never heard Darkside Lightside live before, I only just discovered the Star Wars sample contained within as I usually skip through most of this song as it goes on for about 20 minutes before breaking into Sick Party. Nerd-dom was definitely the winner on the night.

After much baying, the encore kicked off. And what an encore it was. Orpheus led off and immediately bought back memories of Shaun of the Dead and then how good Hot Fuzz was. Then it bought on the realisation that I have an incredibly short attention span. And all this by the time Tim said that he “was moving on”. Shining Light calmed things down slightly before that extended jams of Return of the White Rabbit and Burn Baby Burn rounded out the night. As far as set closers go, you can’t get much better than White Rabbit; Kasabian seem to agree, as they appear to have “borrowed” it for one of their tracks whose name escapes me. I couldn’t quite bring myself to listen to the entire Kasabian back catalogue to confirm which one however, so I will have to content myself with wild accusations. Having heard it once was sufficient evidence for me however and to listen to Velociraptor! (which I think it might be from), would rob me of 50 minutes of my life that I would never get back…

The only questionable aspect of the gig was the choice of refreshing beverage in the rider. Grolsch, with its flip top lid, shares several similarities with Lucky Buddha beer. Namely they are both amusingly shaped and are absolutely unpalatable. Of all the beers in the world, these two barely qualify as being such. Definitely a case of form over function and a crushing defeat for marketing puffery.

To think that 1997 has not dated at all in the 13 or so years since it was released is a testament to how good it actually was / is. Even more impressive was that it was made by a bunch of 18 year olds and that the gig tonight attracted people who were around for the original tour. It speaks volumes that a) the crowd still loves it and b) that it forced the “House Full” sign to be posted out the front on a school night. It is one thing to make a great album, but another thing to still be able to perform those tracks with the same degree of passion and excellence, night after night, year after year.