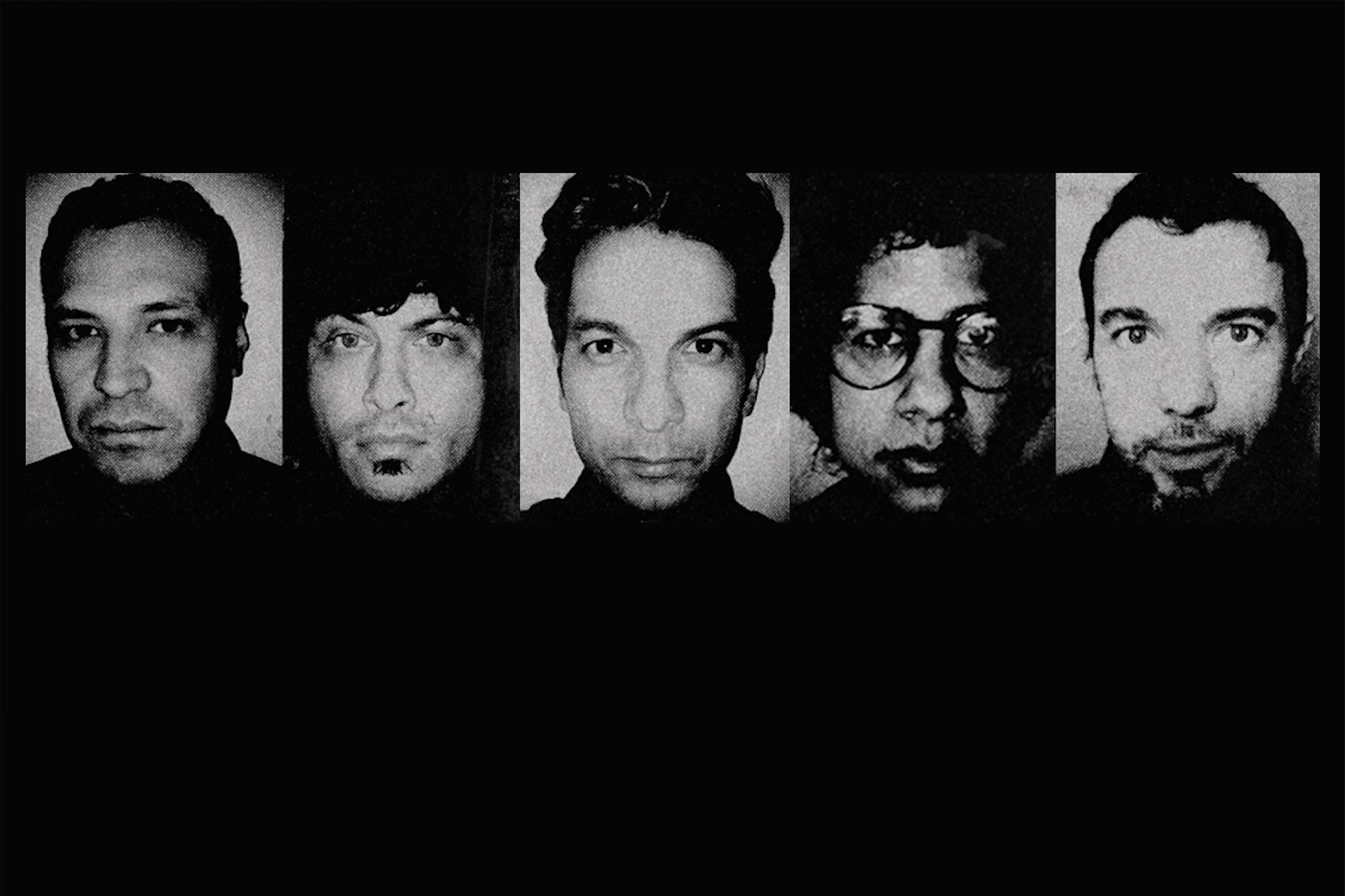 “SO WHO’S IN CHARGE IN HERE? BARKING OUT LOUD SO CLEAR, BECAUSE I’D REALLY LIKE TO MEET HIM”

Quite simply because he (or she; as opportunities for anyone who is not white, middle aged or male in the New Trump Order (NTO) will be about as common as well thought out diplomatic, environmental, social and economic policy under the new regime) have pulled off something extraordinary. For they have managed to travel back to the early 2000’s and have extracted one, if not the key band in the post hardcore movement, At The Drive-In. Admittedly they could have done other stuff on their trip back, like impeach George Bush the 2nd so that he couldn’t initiate the power vacuum in the Middle East and the ensuing wonderfulness that has sprung up after, but hey, they were probably quite busy and keen to avoid a time travellers paradox. Fair enough really.

It wasn’t quite a full reunion as Jim Ward was jettisoned / jettisoned himself somewhere along the line, but the fact that any of these guys are still talking to each other after what they have gone through is amazing enough. From the initial explosion and implosion of At The Drive-In, to the respective phoenixes rising from the flames in the forms of The Mars Volta and Sparta, their subsequent explosions and implosions, the revolving door memberships of these bands, various deaths and enough animosity to fill an Olympic sized swimming pool, the likelihood of a successful reformation was as likely as Arsene Wenger seeing the incident or Jose Mourinho not being an arrogant, obnoxious git.

Yet here we are.

Whilst their set at Splendour in the Grass in 2012 wasn’t bad by any stretch of the imagination, it did have the look of a band that was simply going through the motions. Yes, it was the full line-up and all bar Omar (who faced mitigating circumstances admittedly) appeared as though they wanted to be there, but there was something missing. Maybe it was playing in a giant tent or maybe it was the fact that the tent was situated in a semi-frozen quagmire thanks to Byron Bay remembering that it was actually the middle or winter. In any case, something was slightly awry. Thankfully that was not the case for At The Drive-In Mk.3 at The Forum.

Right from the rumbling drum and maraca intro to Arcarsenal, it was clear that this was going to be something special. With an eruption of strobing lights, the crowd lost its collective mind; clothing and people were thrown up in the air without the slightest concern as this was a crowd who had seen and done it all before. They had survived various musical travesties including nu-metal, pop punk and worst of all, the Paddlepop Lion fronted abomination that is Nickelback, so this was their moment to savour.

Any concerns that Cedric would repeat the infamous sheep imbroglio of 2001 was quickly put to rest as within Arcarsenal, he was already crowdsurfing amongst the unwashed masses. It was just like old times which is to be expected as there hasn’t been any new material released in the past fifteen years. Whilst a lot of music from the turn of the century is borderline (well, let’s be honest, completely) unlistenable, the same thankfully cannot be said of any of At The Drive-In’s admittedly limited body of work. Unfortunately the song Invalid Litter Dept, which details the struggles of those living on the border between Texas and Ciudad Juarez, right in the heart of cartel country is probably more relevant now than it was back then. Whilst before the line between the “law” and “criminals” was kind of clear cut, it has reached a Syrian War level of complexity with cartels, vigilantes, police and army all fighting and creating plenty of collateral damage along the way. The whispered line of “dancing on the corpses ashes” provides a degree of solemnity before the song embarks on its final angst filled cry. I honestly don’t know what all the fuss is about however; as you know what would fix that up? A giant wall. A giant wall would fix that right up. Oh that’s right, there already is one and the cartels have been digging underneath it since at least 1990. Whoopsies. But a second one would totally do the trick…

Whilst the majority of material came from Relationship of Command, 300MHz and 198d from Vaya and Pickpocket from In/Casino/Out were warmly received and saved this set from being a simple classic album tour. The change of pace and volume of 198d actually provided a welcome respite (well as welcome as a song about a mass grave site in Lebanon can be), as standing directly in front of the Forum’s undoubtedly excellent and rather powerful speaker stack did not prove to the judicious choice it originally appeared to be. It did however solve the mystery as to why no one was standing there previously.

Regardless of where you were standing, there was nowhere in the Forum that was safe from the awesome power of the track One Armed Scissor. Whilst they slowly gained popularity through the late nineties with several excellent EP’s, it was this track that put them firmly in the consciousness of the general public. Listening to it then and even now, you can easily understand why. It is a disjointed masterpiece that could only come from the mind of Cedric Bixler Zavala. If ever there was an event that was designed to test the structural integrity of The Forum and its resistance to harmonic resonance, then this was it. Having 2,000 people call out and “I write to remember” and bouncing in unison is quite a sight to behold indeed.

Some bands understandably mellow with age. Whilst Cedric’s vocals aren’t quite as strong as they once were thanks to the exertions of The Mars Volta era, they still put many a front man to shame. The sheer unhinged energy that he brings to the performance simply cannot be matched. Now that the rest of the band seems to be on the same page, for once the future looks bright for At The Drive-In. The closing promise of coming back with new material soon was greeted with as warm a response as anything that was played throughout the night. The only hope that it isn’t too soon as the recovery time from temporary deafness is not what it once was… at least it wasn’t as loud as Dinosaur Jr.