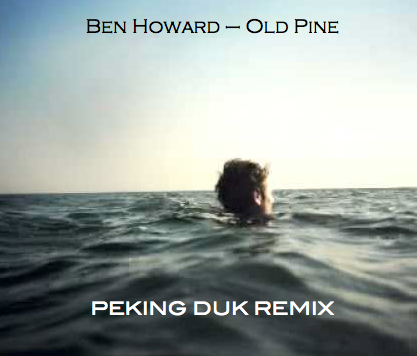 Peking Duk have just dropped a new remix and this time their special remix fingers have spiced up the track ‘Old Pine’ by Ben Howard.

They’ve turned this track into a Lemon Jelly’esque remix of Ben Howard’s great track.  Awesome to that we say!!!!

Recently Peking Duk have gained a massive amount of attention from blogs around the world for their Passion Pit – Take A Walk remix, gaining over 70,000 plays in 2 weeks on their Soundcloud and hitting #1 spot for remixes on Hype Machine. Already from that they are doing remixes for the likes of Island/Universal records and there is certainly plenty more to come.

Check out their Ben Howard remix below and dig a bit further into the very recent archives for some of their awesome tunes….including the quite sensational track ‘I Love To Rap’ featuring Panama Black!!!