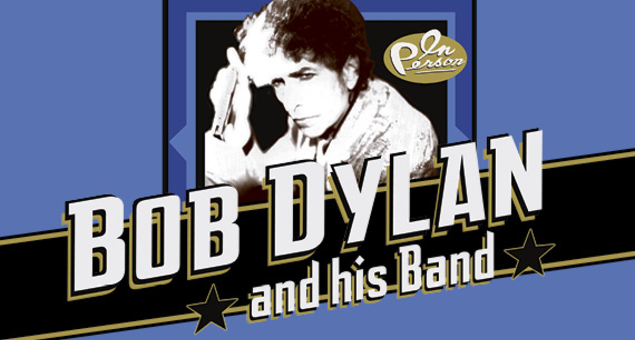 It should be noted that if you go to a Bob Dylan gig and hope for it to sound even remotely close to a studio recording that he made 50 or so years ago; you are going to be very sadly disappointed. It is not as though his vocal chords have deteriorated or anything like that; it is just that in a live setting his voice never really was that good to begin with. Try to listen to The Mighty Quinn and keep a straight face; I guarantee that it cannot be done. In essence, the first of Bob’s four nights at the Palais was an exercise in managing expectations. And more likely than not, the three after this were as well.

Upon entering the Palais it became quite apparent as to how influential and revered Bob Dylan is; there would have to have been an age span of at least 70 years between the oldest and youngest attendees. You did feel a certain degree of sympathy for the 8 year olds though. They endured the Palais seating experience which consists of trying to find a balance between sitting either on solid timber or a decommissioned slinky whilst listening to what for all intents and purposes sounded like an unruly kitchen appliance supported by an amazing backing band. The line to the Merchandise Desk was also enormous as patrons were desperate to get a hold of something to remember the evening by. So big was this queue that it resembled a parasite (the collective noun for CEO’s of Energy Conglomerates), gathering to worship at the shrine of those renowned Flatearthers Abbott, Hockey, Hunt, Cormann et al for the removal of Renewable Energy Targets, thereby making them free to pillage the Earth whilst continuing to generate uber profits and gouging consumers. Win-win.

The set itself didn’t really hold any surprises as it was exactly the same one that Bob had been playing around the world for the last couple of months. This took all the guesswork out of the setlist and greatly helped to identify exactly which song was being sung as the tune of just about everything had been changed and the lyrics were completely indecipherable at best. The end result being two hours of not recognising anything that was being played. The newer tracks from Modern Times, Together Through Life and Tempest actually faired quite well as you didn’t know exactly what they were meant to sound like. The problem was more with songs such as Blowin’ In The Wind, Simple Twist Of Fate and All Along The Watchtower where you thought you knew what they sounded like. Well at least you thought you did. Turns out you were wrong. Not that reinvention is a bad thing per se. It is entirely understandable that Bob would be bored with playing the same songs, the same way for almost half a century. Part of the beauty of seeing live music is to witness how the artist can take something old and familiar, tweak it and make it into something new or even better. Sometimes it works, other times it doesn’t. This was probably closer to the latter than the former.

On stage Bob certainly cuts an interesting figure, appearing almost as an English schoolboy in an oversized uniform. The majority of the set is spent clomping around to the piano or behind the 4 microphone stand. Ironically for a renowned Pacifist, the elaborate stand does make him look like a not quite legitimately elected dictator of a failed state or the Wizard from The Wizard of Oz. In any case, it gave great power to a voice that quite clearly needed a lozenge. While Christian Bale may have gargled gravel to prepare his voice for Batman; he still sounded as though he had not gone through puberty in comparison. When the line “I’m out of my range” comes up in Times Have Changed, you cannot help but nod your head in silent agreement. Not that this was probably the original intention of the lyric, but it could be a tool of the master storyteller; adding a layer of complexity into something that could be interpreted quite simplistically. It is a shame that aside from this, so few of the lyrics are distinct / coherent, because that is where Dylan’s true skills lie; as a writer, a poet. The fact that his songs are so popular even with him warbling them shows how well written they are. That being said, Workingman’s Blues #2 is almost sung and actually sounds rather good. Paid In Blood is another track where the raspy nature of Dylan’s voice works well with the jagged, staccato nature of the song. Early Roman Kings however was the one disappointment of the evening. Early Roman Kings sounds very much like a song Muddy Waters would have written had he not already have written Mannish Boy several decades prior and was still alive.

In Scarlet Town, Bob asks the question “do you think I am over the hill?” The answer to this is a resounding no. Whilst his performances and interpretations of his songs are constantly evolving, his style remains the same. It is no better, no worse. The oft passed comment that “Bob Dylan these days is just a bad Bob Dylan impersonator” is a touch unfair. He is what he is, was and will be. Which to be fair for a 73 year old is quite a good result indeed. It is fairly unreasonable to expect him to learn how to sing now seeing as he has made a truly spectacular career without needing to. Witnessing a Bob Dylan show is one of those “must do” musical experiences; the trick is knowing what to expect and to not be disappointed when it turns into the exact opposite of what you hoped that it might be.