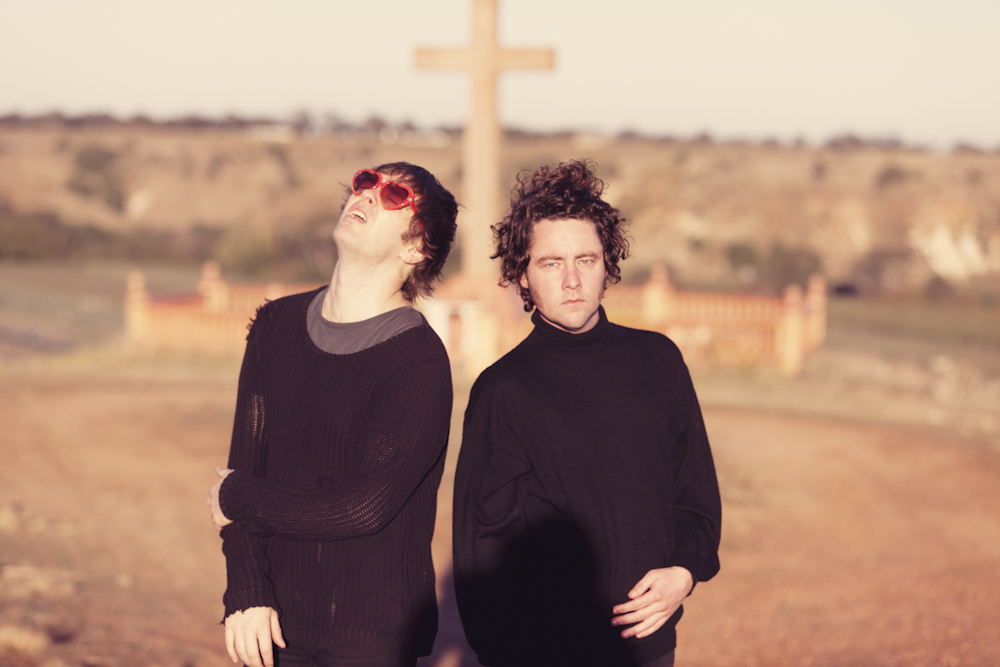 As I missed almost all of the Dune Rats set, I am going to base this review on the 1 ½ songs that I did catch and random bits and pieces that I have managed to find out from a 5 minute trawl of the interweb and youtube.

With thorough research skills such as these, I will be writing for the Herald Sun in no time. All I need to do is to throw in a few “We’ll turn back the boats” “Julia Gillard is the anti-Christ” and “Gina Rinehart / Clive Palmer / Andrew Forrest / some other soulless despot hell bent on pillaging the earth and not paying tax are tops” and the deal will be sealed. From what I have been able to ascertain, the sound of Dune Rats is somewhat similar to that of Melbourne icon Digger and the Pussycats; short, loud and by the looks of it, well on the road to being quite hammered. Based on this, I will make the assumption that the music played was of a satisfactory nature to the small and no doubt discerning crowd that had gathered as it all appeared to go down rather well. This may or may not be true, but vagueness and ambiguity are far more endearing concepts than cold hard facts.

Given that the show wasn’t a sell-out, was part of a massive tour and followed up a sold out show the previous night, Children Collide could have been excused for going all Coldplay and essentially sending everyone into a semi-catatonic state. However when leading off with Across the Earth, Sword to a Gunfight, and Skeleton Dance, it became apparent that this was not going to be the case. The bedlam and anarchy that usually typifies a Children Collide set was still definitely there, but it was also noticeably darker and moodier. Whether this is because Monument is a more atmospheric release than both The Theory of Everything and The Long Now or simply because the lighting early on was minimal verging to non-existent, is open to interpretation. Loveless was also included in the set to continue the slightly morose vibe, giving the impression that a funeral or a Smiths concert was about to break out despite the lack of shout outs to “10 tonne trucks that will kill the both of us”.

This tour also marked the first one in a while without drummer Ryan Caesar who left the band and has been replaced by Mitch McGregor. Although significantly more hirsute and less debonair than his predecessor, Mitch ably provided the pounding drums and flailing limbs upon which so many Children Collide songs are based.

It wasn’t until halfway through the set that Johnny finally spoke to the crowd and then it bought up the contentious subject of requests. Seeing that the request was for We Are Amphibious and was made by “semi evolved human like creatures”, even the dissenting voices amongst the audience were placated. From this point on, it was closer to a Children Collide set from days of yore; the strobes kicked in or depending on your point of view, almost went into meltdown by trying to simultaneously score and cauterise retinas whilst replicating the episode of The Simpsons with Japanese Seizure Robots.

With three releases under their belts, there is definitely no shortage of material for the masses. However, as always it was Farewell Rocketship that bought the crowd together in a Bon Jovi-esque lighter waving kumbayah moment. Johnny even mentioned how cute it was to have everyone singing along. It has now also become apparent that Farewell Rocketship has gone beyond being just a song for fans of Children Collide to one that has reached Khe Sanh levels of bogan sing-a-long worship. This is quite a shame because I really like it. The song that is, not bogans. There is definitely a strong case for a Clockwork Orange style intervention to curb the plague that is Boganitis. Admittedly I am a bit sketchy on the details, but from memory that all worked out tip top apart from a bit of pain in the gulliver and aversion to the Ludwig Van, didn’t it? I just don’t know whether I could handle this song being massacred by a cover band at The Elephant & Wheelbarrow or some such house of faux- Irishtivity.

As per usual there was no false encore, but a short speech two songs from the end informing the crowd that this was now the encore. Not one for indulging in the awkwardness of the encore, straight away they ripped into Chosen Armies. For further information on this phenomenon and alternate views on Tool, please refer to Future Of The Left’s Encores Explained from Last Night I Saved Her From Vampires. Anywho, this traditional last song jam was shifted to the second last song and once again the venue, crowd and instruments were under threat, but unlike at Ding Dong Lounge the roof was not dislodged and passed around the audience. In keeping with the mood for a large portion of the night, the sombre Jellylegs closed out the set. Nothing like a tale of young love being separated by death to send the punters home happy.

One wonders how long Children Collide will be able to maintain their incredible level of energy, every night, night after night. Tonight there were a few chips in the façade, but they still turned it on. So whilst they and you still can, go out and experience one of the finest live bands in Australia. Previously they have been described as a Nirvana clone simply because they are a 3 piece band that play grunge-ish music, but this does them a great disservice. This is especially true given that Bush was once held in this illustrious company, showing that membership to the club wasn’t quite as selective as it possibly should have been. To try to pigeonhole them into any category or genre is not easy as shown via Monument which finds a band that is striving “to be the first mammal to wear pants” and constantly growing and diversifying.