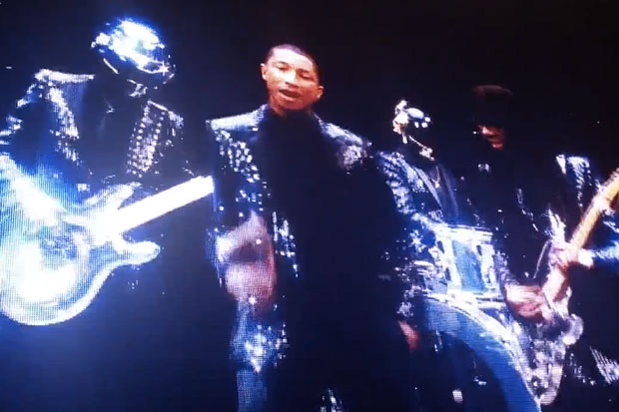 After Nile Rogers posted up a link to this video footage from Coachella, let’s just say that all hell has broken loose online.  Now that was a damn steady hand filming it so we reckon someone knew that Daft Punk footage was coming up!

The Daft Punk Collaborators videos that have been dropping have been getting us going for more Daft Punk than you can take and we just want to shout WEE WAA from the rooftops!  It’s the biggest sneakiest clip of the new track ‘Get Lucky’ that we’ve seen so far.  Cue more edits and mashups hitting Soundcloud.

Check it out below and let yourself get a little excited!

And just in case you have been living under a rock or have already camped out in Wee Waa (the place in Australia where the album is rumoured to be getting launched) and don’t have your a signal, here are the 3 Collaborators videos that have dropped so far. We’ve hit the repeat button on the Nile Rogers one quite a lot!