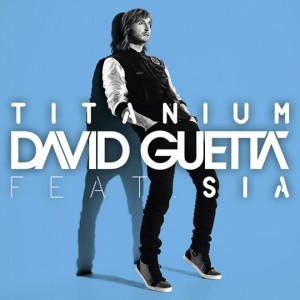 It’s not often a recommendation to listen to a David Guetta track will grace the pages of this website.  However, the track in question features the mighty Sia on vocal duties and it’s a scorcher.

The track ‘Titanium’ featuring Sia is featured on the new David Guetta album ‘Nothing But The Beat’.

Interestingly, there were all manners of rumours flying around the internet of David Guetta’s death during the last couple of weeks.  All untrue of course but was it some conspiracy by his record company to promote the fact that David Guetta is in fact still alive and has a new album out very shortly.  I vote that he calls the new album ‘David Guetta’s Not Dead Yet’.

Get in quick and enjoy the amazing voice of Sia before you get bombarded in the ears by radio stations with this track to the point you’ll probably get sick of it.  In the meantime, lets all enjoy some fist pumping time and remember when we thought it was actually quite good!!!

David Guetta – Titanium feat. Sia [Nothing But the Beat] by Cobra Records