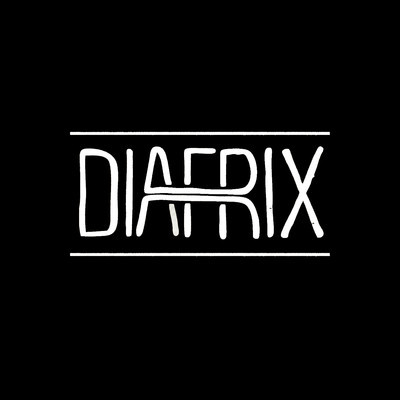 Could it be that OzHop is evolving into something that with every recent new release was becoming more and more inconceivable; something that is actually good? The Herd have long been at the forefront of non-generic OzHop and based upon the evidence presented in “Pocket Full of Dreams”, it appears as though Diafrix are going to join them.

I must admit to not really knowing that much about Diafrix prior to “Pocket Full of Dreams”. Whether this was due to being completely oblivious in an Emperor Nero type way (sans fiddle musical interlude and Rome burning quietly in the background) or simply failing to do my homework; I can’t really say. My way of justifying it is to tell myself that I wanted to hear the music without any preconceptions on what has preceded it. This is in essence just a slightly more elegant way of rephrasing the first points but we won’t focus too closely on that… anywho. If what has preceded it is anything like what I have heard today, it has definitely been my loss.

In a live setting Diafrix performing “Pocket Full of Dreams”, is absolutely frenetic; there is so much going on. Between the backing vocals, the decks and the thumping drum beat, there is a depth of sound that belies the small numbers on stage. Easy Come, Easy Go, has a feel good vibe with a killer hook that is so catchy and good that unfortunately it will probably end up being snapped up / seduced by the darkside and getting played on the Austereo network. However this will not be before it wins pod races, goes on a massacre of Tusken Raiders, has twins with Natalie Portman, then is de-limbed, all whilst not even coming close to scratching the surface of convincing acting. 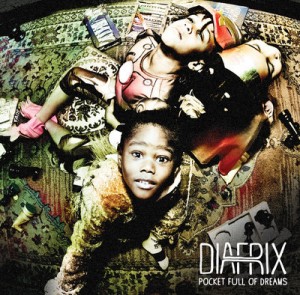 Simple Man is a great, summery reggae track that is another one of the highlights on a cd that has so many. Throwback, Through the Night, Welcome and Dreamer also show a degree of diversity not commonly seen on Ozhop releases. What it completely fails to do is to be an album of the same sound and essentially the same lyrics for that matter. There are a variety of influences to be found throughout, including African tribal beats, funk, rock and even touches of Massive Attack style trip hop which help to raise the level of this release way above what is expected of Australian hip hop. It is a melting pot of a variety of styles and unlike Fernet Branca, the mixing of so many different diverse ingredients actually works and doesn’t leave a horrible aftertaste that destroys both your tastebuds and your will to live.

The lyrical content of “Pocket Full of Dreams” also serves to inspire to stand up in and succeed in the face of adversity and hardship without coming across as being saccharine sweet and disingenuous.  Just imagine it as a relevant, enjoyable, musical version of Anthony Robbins; one without the bland platitudes, the big teeth, the being a complete tool etc etc. On second thoughts, that was quite a rubbish analogy… maybe anti-Emo is a better way of phrasing it.

It is virtually impossible not to get caught up in “Pocket Full of Dreams”. It is so infectious that it has Ebola monkeys looking on bleeding eyed envy. It is a great release and looks certain to cement Diafrix’s position as a front runner on the OzHop scene. Admittedly this isn’t that much of a claim to fame, but you can only be marked against what you contemporaries do. If Diafrix’s lead is followed, the future of OzHop is looking very bright indeed.

Check out Diafrix at their official site here.