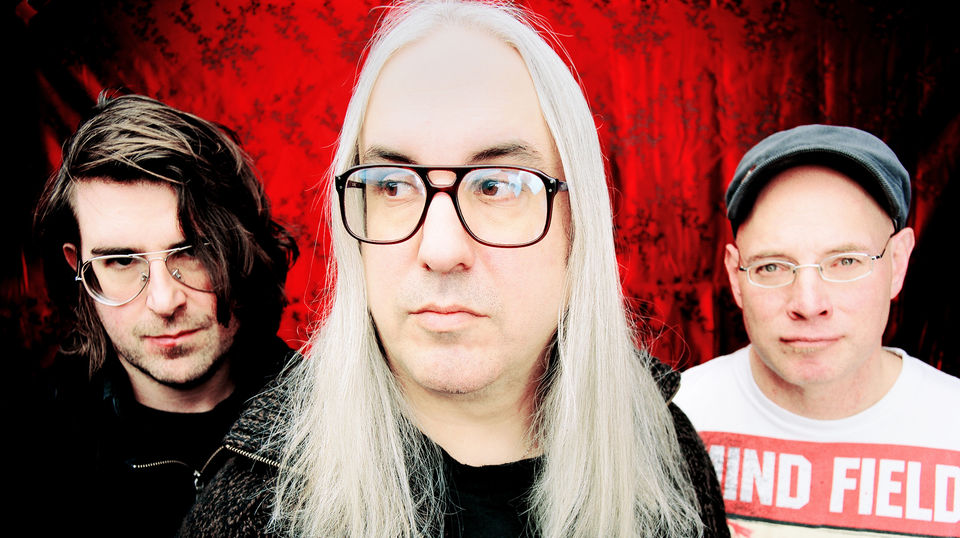 Fear. Fear is not exactly the expected emotion to be feeling prior to attending a gig.

I have never experienced this before, yet here I was in exactly that situation. The origin of this was three guys who are rapidly approaching their fifties. Yes, Dinosaur Jr.’s set at the Espy was the root cause of my anxiety. Not that there was an immediate threat of physical violence, it was more of a concern over sustained grievous auditory assault. I had heard from two mates who had seen them on separate tours after the Reformation that you could either choose to go and see Dinosaur Jr., or you could choose to be able to hear for the next two weeks. The choices are mutually exclusive, so whatever you want, the choice is yours, so choose. I chose the former and as the Knight from Indiana Jones and the Last Crusade would have said were he not a fictional character, I chose wisely. Had I remembered my earplugs as well, I would have blown the Knight’s wee chainmail socks off too…

Anywho, after establishing my bearings, I enjoyed the excellent pork belly. Well if I was in Hell, I would be stupid not to eat the animal that is reviled and condemned by the majority of religions around the world. Don’t want to be getting on the wrong side of the landlord so early on in the piece. Then it was finally time for Dinosaur Jr. to take to the stage. With minimal fanfare (boom, tsk. See what I did there? Alchemy; turning words into gold) Jay, Lou and Murph take their places. And then they unleashed. Whilst crazy Phil Spector could boast about having invented the Wall of Sound, Dinosaur Jr. has created the Missile Defence Shield of Sound. This is similar to the soundless one proposed by the US Government, except that it is not a really stupid idea that has the potential to herald a new arms race and an inevitable nuclear winter.  To contextualise, Dinosaur Jr. are the Mongolians bearing sweet and sour sauce to Phil’s hapless owner of City Wok. Oh my lordy wordy.

For a band that has been in existence for almost thirty years with various hiatuses, guises, monikers and line-ups, they have lost none of the dynamism when they play. The contrast between that and when they stop playing could not be more pronounced. Aside from the occasional “woo” and performing vocals, Jay does not say a word for the entire set. Which is to be expected. Even the couple of “woos” were a massive surprise and showed Jay at his most extroverted. His job between songs is to stand like an apathetic Gandalf-esque figure that you could imagine saying “Thou shalt not… ah bugger it. You Hobbits do what you want, honestly, the whole one ring thing… over it.”. However when the songs start again, it is difficult to reconcile the two personalities who inhabit this individual. Lou’s amazing head of hair rocks back and forth in an almost foetal fashion whilst sprouting the occasional non sequitur and Murph is like a shaved down, non-pink Animal with arms akimbo.

As much as possible with a Dinosaur Jr. set, things started in a more or less sedate manner with the “slacker rock” tunes of Thumb and Almost Fare. Again sedate is a relative term as a coked up Tony Montana is a hell of a thing, but Tony Montana-lite probably isn’t really that much different. Then Raisans was played and the crowd lost their collective minds as the words “I’ll be down, I’ll be around” echoed out across the beer and sweat filled room.

The set spanned a lot of the extensive back catalogue, with a display of their raw punk roots showing how much the Dinosaur Jr. sound had evolved throughout the years. Apart from that, there was a pretty heavy focus on tracks from “I Bet on Sky” and “You’re Living All Over Me”. Songs from these sound almost serene and placid when played through iTunes on crappy computer speakers, but not surprisingly, completely different live. It is as though the songs have been given peptides, the wonder substance that helps our athletes reach ever greater heights. Then there is Out There which did not need any form of performance enhancement whatsoever. When this song was played, it was the start of the greatest hits part of the show which from a personal perspective, was only missing The Cure’s Just Like Heaven, On The Way and Peter Frampton’s Show Me The Way . The distinctive intro to Feel the Pain was once again a sign for the crowd to erupt which it duly did when the turbocharged chorus kicked in.  The dose was similarly repeated with Start Choppin’ and Freak Scene with the only interruption to the bedlam being when Murph ,who may or may not be moonlighting as a Black Francis impersonator, decided to duck off for a while. Not exactly sure why, but I am sure he had good reasons.

In short, my fears were not exactly ill-founded, but in the end, it was definitely worth it. If this is what happens to a group after an acrimonious split stops them playing together for eight years, I am already salivating at the prospect of seeing The Mars Volta play again in 2021.