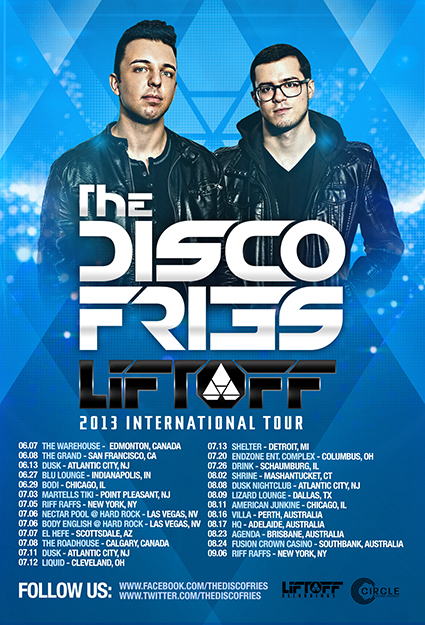 The Disco Fries embark on Phase 1 of their ‘LIFTOFF’ 2013 International Tour.  They’ll be hitting global cities along the way including Vegas, Brisbane and Melbourne, finishing off in New York.

With two consecutive Beatport charting releases under their belt, upcoming releases on Cr2, Strictly Rhythm and OneLove, and support from the likes of Tiesto, Hardwell, and David Guetta, the Fries are a force to be reckoned with in 2013.

Their hot new track ‘Open Your Eyes’ has received the Psychic Type Remix treatment and you can get a preview of this below to get you going for their up and coming tour dates.