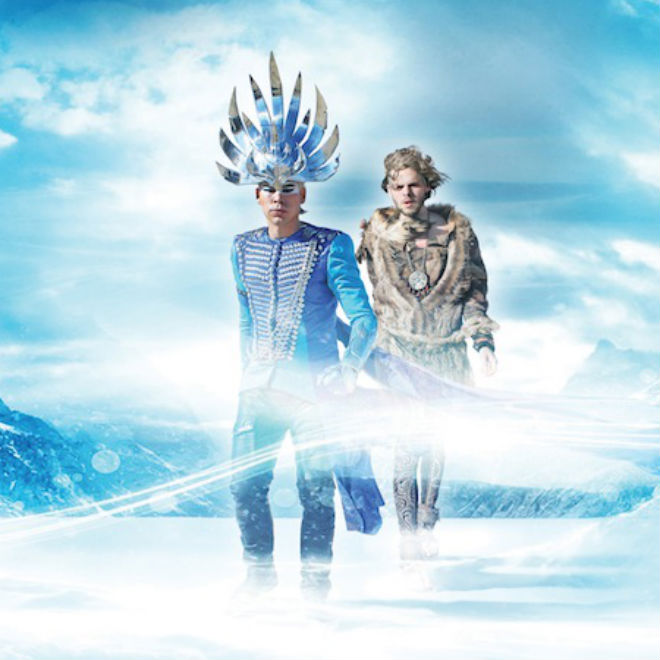 Empire of The Sun drop a new track ‘Alive’ from their forthcoming album.  After the last album and the appearance of a rift between Luke Steel and Nick Littlemore, I was surprised to see posters up for the new album in Austin at SXSW.

After listening to the new track, this sounds very early PNAU.  I like.  I like it a lot!  Nick Littlemore must have the work rate of an Ox with him managing to squeeze out a recent PNAU vs Elton John album on top of all the Cirque du Soleil project work.

Say hello to the future.  Glad to see Empire of The Sun and that crazy head piece back in true fashion.