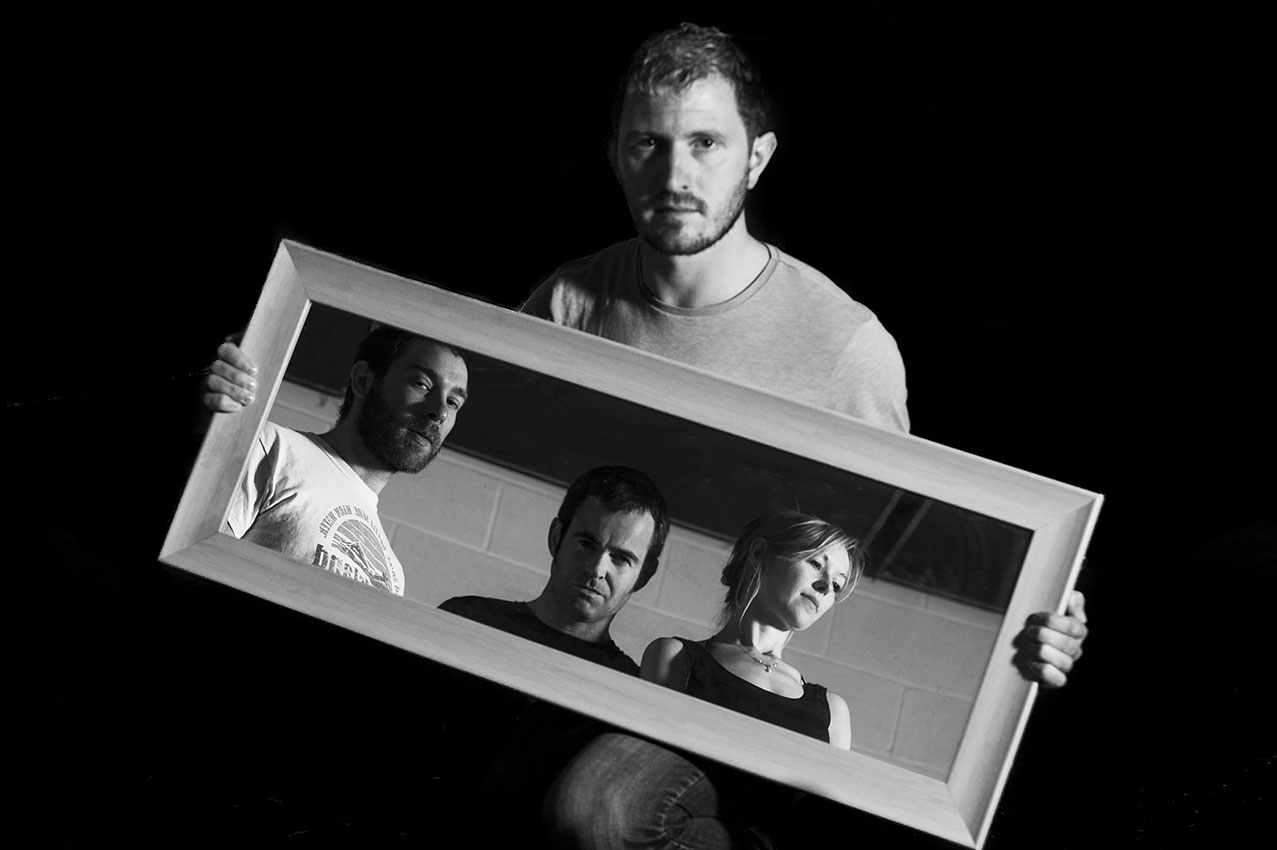 As I write this, it is now some 72 hours since I left the Corner after witnessing yet another brilliant Future of the Left set and the ability of my ears to hear has taken an extended vacation. I suspect it is probably having a great old time sitting poolside on a tropical island somewhere, placing its towel down on the best sunlounge at 6 in the morning in order to beat off the hordes of German tourists. This would be fine and all if I knew when and if it was going to come back. So loud was the set, I am not disputing that it definitely earned the break; all I am saying is that a postcard would be nice.

As has been the case on the last three times that Future of the Left have played at The Corner, Arming Eritrea opened. The reason for this is that there are probably very few, if any openings in music today that are more explosive. To give you an idea of how explosive, just imagine going to a KISS concert and attaching a whole bunch of C4 to all the band members and letting nature take its course. Seeing Gene Simmons’ pyrotechnic powered head shooting across the arena would be marginally less exciting than experiencing Arming Eritrea live.

This gig was also the first opportunity that an Australian audience had to hear songs off the successfully crowd funded How To Stop Your Brain In An Accident. And much like the whole crowd funding exercise, it was very, very successful. Bread, Cheese, Bow and Arrow and Johnny Borrell Afterlife were warmly received and showed that the cynicism with the human condition displayed on the last four releases had not gone anywhere; in fact it has grown quite comfortable, got hooked up, built a McMansion in outer Caroline Springs and was now focussing on raising a few young’uns, gearing up for an upcoming age where Kardashians roam freely across the savannah and where everyone loves a military coup induced curfew.

A suitably sombre atmosphere was then created for the live debut of French Lessons, with its heart warming message that being in love is essentially masochistic, as it involves giving up your friends, your social life and stuff that you actually enjoy doing. By default and unbeknownst to me, I must have an amazing social life…

When the Roland Juno 60 was wheeled out, it was an indication that it was time to release the hounds. Although in hindsight it appeared as though the hounds had been let out several minutes earlier given the anarchy that preceded this, but no point letting a perfectly good pop culture reference be ruined by fact. You Need Satan More Than He Needs You was dedicated to Falco’s favourite Australian cricket playing midget, David Warner. Given his revival since punching out Joe Root for making Mark Taylor look like an excitement machine, it would not appear out of the question that wee Dave (who according to Chris Rogers “isn’t as dumb as you would imagine”) may have made a Robert Johnson style pact with the Devil at the crossroads at midnight. In any case it provided as good as an excuse as any for Jimmy Watkins to scale the crowd control barrier and to spend the song supported by an adoring public whilst (‘Strayan, yay!) Julia Ruzicka switched her bass for synth… and then came Manchasm. After years of listening to this song, I still have no idea what it is about. It is probably about a man called Mark Foley or a pussycat called Colin and they might be linked somehow. But then again, maybe they aren’t as well. What matters is that this time the synth was not a cheese eating surrender monkey and managed to survive the playing of the first two notes.

Even though it was only released in 2012, it is easy to forget what a great album Polymers are Forever actually is. However when Beneath the Waves An Ocean is played, you soon remember. Especially when the crowd screamed out “No way, you’ll never find peace, You’ll never find peace with the name they gave you”. And Robocop 4 – F**k Off Robocop is just bleedin’ hilarious ‘innit? Never before has Hollywood’s obsession with rehashing that stuff that really wasn’t that good the first time around been dissected so clinically. I just hope that Falco has got his intellectual property rights covered for his Pirates of the Caribbean 47 pitch. “Johnny Depp starring as the robot pirate who loses his wife in a game of poker and tries to win her back with hilarious consequences” has got box office hit written all over it. Unlike The Lone Ranger which did not feature any sort of writing at any stage of its unfortunate lifecycle

It is usually at this time in a review where I have completely exhausted my supply of adjectives and this time is no different. The structure of the entire review paradoxically descends into a mess of hyperbole, but with Future of the Left, it is difficult to describe it any other way. The intensity and ferocity with which every note is delivered and every lyric roared is unfathomable for one song but even more impressive that it can be maintained for an entire set without a vein popping in Falco’s head and the subsequent unpleasantness and / or awkwardness that does tends to follow an aneurysm. In any case, I have seen it four times now and cannot wait for what is likely to be a repeat performance at the same time and venue next year. Just me and every other person who was fortunate enough to experience it tonight.