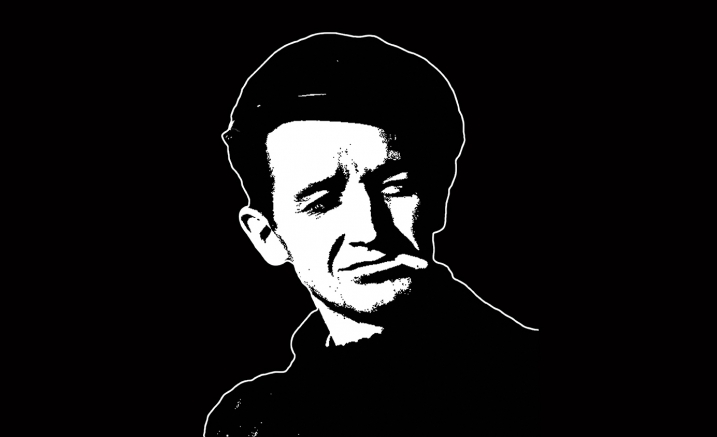 A night of Guthrie tunes, with gutsy renditions by Kerri Simpson, and featuring Australia’s musical maverick/treasure Margret RoadKnight. Songs of protest and observation, all wrapped up in some humour.

Firstly the Melbourne Recital Centre is a wonderful venue featuring high ceilings and walls constructed in Hoop Pine plywood. It all feels rather grand, and sipping my champagne I feel even more grander.  The crowd shuffles in, and alas, I feel like the youngest person in the audience – but isn’t great that Melbourne people of all ages support music? I think so.

The first time I really heard of Woody Guthrie was when Billy Bragg and Wilco released Mermaid Avenue in 1998, where they pulled together unheard Guthrie lyrics and crafted them into new tunes – ‘California Stars’ still being one of my favourites. Of course, Woody Guthrie is  an important figure in music – his songs wrapped in Americana, singing about the poor, the marginalised, the worker, and a disdain of fascists.  A prolific writer, he inspired people like Bob Dylan, Bruce Springsteen, Billy Bragg, Jeff Tweedy – the list goes on. The messages in his songs remain ever so important, especially in a Trump led America.

Tonight, we have Bruce Hearn and The Machinists, featuring the wonderful Kavisha Mazzella. Mandolins, fiddles, banjoes and piano accordions abound. The first half encompasses the band singing Guthrie tunes, and some dialogue about Guthrie. However proceedings breathe into action when the special guests arrive. Kerri Simpson – what an amazing voice – a voice that rouses , with a bluesy rendition of ‘Pretty Boy Floyd’ – a real gutsy performance that impressed. Margret RoadKnight – a recipient of the Lifetime Achievement Award at Australian Women in Music Awards – similarly brings her idiosyncratic vocals and styling into two songs. What a performer! I wanted to see more of her! Loved the way she cavorted on the stage with such confidence. And Mick Thomas (from Weddings Parties Anything fame), imbued his songs with humour, but also showed his vocal talents.

The show started a bit slow, but as it progressed, it came together. The special guests made it happen, with Simpson and RoadKnight being the highlight. The last song before the encore featured Guthrie’s most famous song ‘This Land is Your Land’ – which had everyone (including the audience) singing along.

An enjoyable night of hearing Guthrie’s stories and observations through music – his songs resonating in 2018, as the world grapples with rise of fascists and inequality.