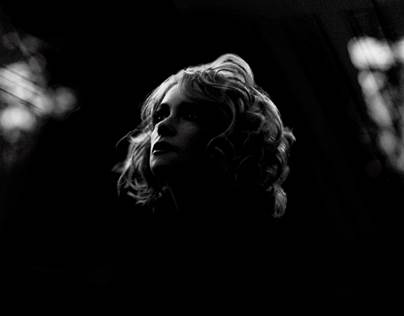 Hello!  Goldfrapp sound like it’s all going back to the beginning with the new track ‘Drew’ which has dropped from the forthcoming album Tales of Us that is due out on 9th September 2013.  It’s all very Burt Bacharach and Felt Mountain.

Their sixth album, Tales Of Us is written and produced by band members Alison Goldfrapp and Will Gregory and was recorded at their studio in the English countryside.  Their hot new track ‘Drew’ is a taste of what is to come and the dreamy video below for this track is sensational.

Goldfrapp kick-start a summer of very special live performances with two shows at the Manchester International Festival on 17 & 18 July when they will be performing Tales Of Us live for the very first time, accompanied by the Royal Northern College of Music string orchestra. The band will then be performing at Somerset House on 20 July before going on to headline the Lovebox main stage on Sunday 21 July. The summer shows are a precursor to a European headline tour in October and November.

Tales Of Us will be available from 9 September on CD, vinyl, digital and a special limited edition boxset that will contain an exclusive disc of bonus material and a photographic hardback book compiled by Goldfrapp, further details to follow.

In the meantime, check out the brand new Goldfrapp website – www.goldfrapp.com -that has launched with exciting interactive plans to be revealed soon.