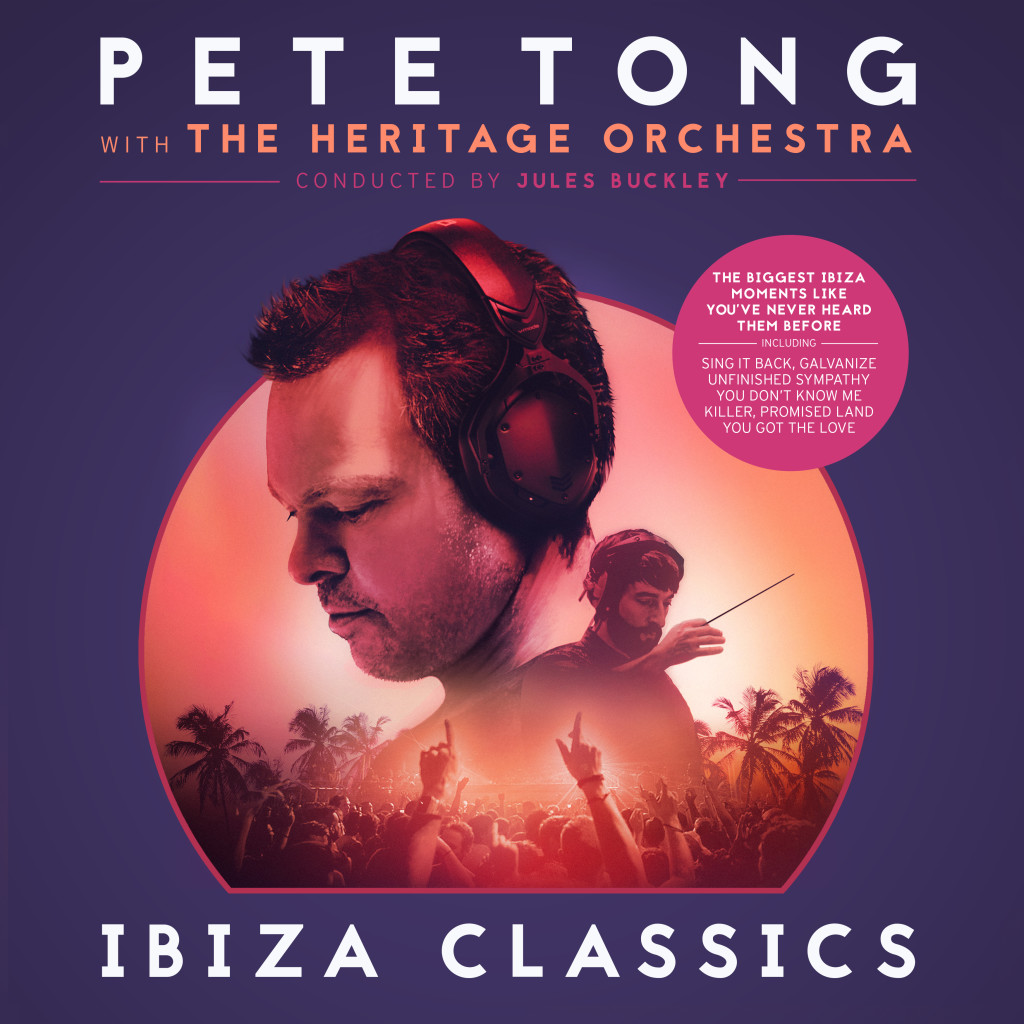 Pete Tong (MBE) and the Heritage Symphony Orchestra were in Melbourne last week to play Ibiza Classics at the Sidney Myer Music Bowl and to say they lifted the roof off of the bowl is an understatement.

Coming from the UK, I used to religiously listen to Pete Tong on BBC Radio 1 before heading out to paint the town red.  This man not only helped dance music get to where it is in the UK today, but he also helped to establish countless artists when they were either unknown or on the early rungs of the ladder needing a leg up.  He also kind of inspired us to do what we are doing when we launched YMR as we’ve always been on focusing on the unsigned and ones who need to be heard.

When I saw Pete Tong was coming out with an orchestra to play Ibiza Classics in an arena venue, I was a little unsure whether this would be a sedate affair or an all guns blazing dance’athon of a gig.  I’m please to say it was definitely the latter.  I’d prepped myself for the night by listening to his Classic House playlist on Spotify most of the week prior to the gig.  On record, whilst the symphonic joy does come through your speakers, it is not anywhere near how huge it is when you experience it in a live environment.  Sidney Myer Bowl was a good venue for this, as if it had been at a smaller venue such as Hamer Hall, the aisle Nazi’s would’ve been out in full force stopping you from dancing your pants off and having a good time.  Fortunately, it was a free for all at the bowl.  It might have been a cold cold night outdoors but the heat was soon turned up when the concert started.

Knowing the size of the dressing room area of Sidney Myer, it would have been jam packed behind there before the concert commenced as the stage was absolutely rammed with the orchestra, conductor and singers.  Fortunately for Mr Tong, he was on high from the upper part of the stage with his decks and joyous face on show for everyone.  When the man’s dulcet tones kicked in to introduce the night, the crowd was rapturous. Particularly when the opener was Fat Boy Slim’s ‘Right Here, Right Now’.   It was fair to say that a lot of the crowd were UK ex-pats and were keen to relive their Ibiza days. Once the orchestra started into tracks with featured guest singers Remi, Connie Mitchell and Thandi Phoenix the concert was taken up a notch for sure and the crowd were absolutely loving it.

I’ve never seen grown men sprint from the toilets fast enough (screaming in cockney accents) when Connie Mitchell came out and sang ‘Where Love Lives’.  ‘Lola’s Theme’ also lent it’s hand to being raised on high with the aid of the Heritage Orchestra and hearing this one definitely took me and the audience back to those sun soaked days back in Europe.  In fact, hearing the late Robert Miles’ anthem ‘Children’ was a goosebump moment for both present and past memories.

The highlight of the night for me was the live rendition of Faithless and the track ‘Insomnia’.  The orchestral extended version of this was sensational and we were all deep in the bosom of the gentle night for sure when that was playing.  There may have been some alcohol kicking in for some of the audience at that point too from some of the dancing that was going on. No tearing off tights with their teeth was observed.  Saying that, when things did slow down to a classical and also very spot on version of Moby’s ‘Porcelain’ all with lasers and a chill in the air, you knew you were witnessing a great live spectacle.  Proceedings didn’t have to be going 150bpms for all to be having a good time.  All of the orchestra, musicians, singers and of course Pete Tong, looked like they were having an awesome time and their energy and enthusiasm completely came through for all to indulge in for the entire 90 minute concert.

The new single from the album ‘Sing It Back’ featuring Becky Hill is out and if you get an opportunity to either buy Pete Tong’s Ibiza Classics Album (due out December 1st) or catch Ibiza Classics live in a city near you, I highly recommend it.

Pete Tong and The Heritage Symphony Orchestra are playing Hollywood Bowl tonight (9th November) with special guest Moby and to say I’m a bit jealous that I can’t relive it all again is an understatement.  Check out a snippet of what can be expected below and get there if you can.