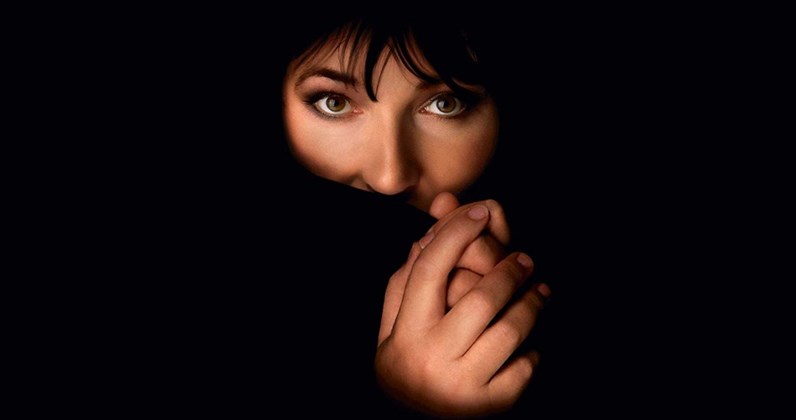 There is no one like her, where she has the innate ability to touch people so deeply with her idiosyncratic music – emotive, fearless, mad and true – an artist that has stubbornly stuck to her own instinct and in the process has produced stunning albums that continue to reveal themselves.

Let’s be frank. Kate Bush is not a prolific artist. For a forty year career, she has only produced ten studio albums – and this includes one album of songs, Director’s Cut (2011), where she remixed, restructured or completely reworked songs from her The Sensual World (1989) and The Red Shoes (1993) albums.

With Kate it is not quantity, it’s the breadth of her work – the imagination, the experimentation and blending of different sounds, energies, voices and music. She is one of the few artists that is able to transcend that feeling of emotionality into her music – just by hearing her voice, you are transported to that place in her imagination, that inner sanctum of her mind.

She has tackled different subject matter from ‘Breathing’ (a song about nuclear war from a perspective of a foetus), ‘The Kick Inside’ (incest), ‘Pull Out the Pin’ (where Kate plays a Vietnamese soldier about to “pop” his American enemy), ‘Kashka from Baghdad’ (gay lovers), ‘Deeper Understanding’ (a song from 1989 – before the internet age – where she takes on the role of a person that loses their sense of reality finding solace with their computer) – and the list goes on – in essence, Kate has always been non-judgemental, and been able to put herself in her characters viewpoint. These songs are almost like pieces of art, where she uses her music like she is painting on a canvas – even after years and years, you are almost guaranteed to find something new in her music, from lyrical content, to instrumentation, to her backing vocals, or finally gaining an understanding of what she is trying to project (or do you?).

Kate Bush has always been a singular talent. She was one of the few artists that was able to take control of their career at an early stage and produce work that was both experimental but also commercially successful. She baulked at promotion, and only conducted a handful of interviews when promoting her work. She has lengthy gestation periods between albums and never went down the route of album, tour, album, tour, album, tour. She set her own rules and after a 35 year hiatus of not touring, in 2014 undertook the Before the Dawn concert residency at the Hammersmith Apollo in London, where she was brimming with confidence and produced an ambitious live show that again touched and impacted people.

Her control of her music career started early – when EMI wanted ‘James and the Cold Gun’ to be her debut single, the then 19 year old stood her ground, insisting that ‘Wuthering Heights’ had to be the first single. EMI reluctantly agreed, and was waiting for a lesson to be learnt. They were wrong, and she was right. ‘Wuthering Heights’ reached number one on the UK Charts and left an indelible impact in music, a track that came out of nowhere and sounded so original, and delivered like a banshee pent up with passion. And the rest was history, with her art getting better and better. She was her own producer, wrote her own music, made her own video clips, and pioneered the use of the Fairlight synthesiser.

And her voice. Her unique voice is a powerful instrument. She has always been able to use it to her advantage, to imbue life into her songs, to radiate her feelings, her emotions, be it from a personal place, or from an empathetic place in where she becomes the characters she writes about.

As her career developed, her music became more deeper, experimental – she self-produced her first album in 1982 with The Dreaming. An album that boils over with violence, fear, aggression, love, the spiritual, the philosophical – the album ending with the scary ‘Get Out of My House’  – the outro of the song having Kate braying like a mule. The album was her commercial nadir (even though it peaked at Number 3 in the UK and was certified Silver, and even pricked the attention of the American College market). The Dreaming wasn’t a pop album, but was an album that was expressing an artist’s vision. EMI were livid and pulled their budget away to promote the album. They even suggested that she needed a male producer for her next album. Her response  was expected – she built her own state-of-the-art recording studio on her parent’s farm and again produced herself. The resultant was Hounds of Love (1985) – it entered the UK charts at number one, and remains her biggest selling studio album, with the lead single ‘Running Up That Hill (A Deal with God)’ being her biggest single since ‘Wuthering Heights’. She didn’t compromise, and produced an album that remained true to her muse, an artistic triumph.

Kate has continued to make brilliant, inspiring albums, and has recently remastered all her back catalogue on her own record label, Fish People. For a woman that has always seemed reluctant to look back, the remastering of all her albums was long overdue. How can you make perfection, sound more perfect? And the result? It’s a sonic dream. Rather than making the tracks louder, Kate (with James Guthrie) has focussed on clarity,  making the albums sound more crisp. Little subtleties like harder sounding drums, clearer backing vocals, crisper synth motifs. It feels as if a fresh breath of air has been injected into the albums, making them sound more vibrant, colourful, and breathing life into all her vignettes abundant from her imaginative mind.

Both the CDs and vinyls are lavishly packaged. They can either be purchased individually, or in four vinyl and two CD boxsets. She has pulled together b-sides, 12″ mixes and some other rarities as well (including a song called ‘Humming’ that has never been released in any format, which was recorded from the same early sessions as ‘The Man With The Child In His Eyes’). For some reason she has omitted the Kate Bush on Stage EP (which contained tracks from her first 1979 tour), and the amazing b-side from ‘The Big Sky’ called ‘Not This Time’ – okay these are only tiny gripes. The thing is the remastered albums serve a reminder of what a singular and extraordinary talent she is – a testament to artists not to compromise, stay true to your muse, whilst at the same time valuing your privacy and giving the corporateness of the music industry a two fingered salute.

She did it her way.