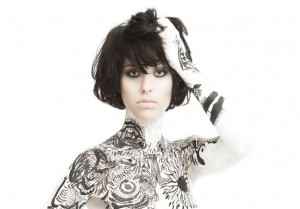 Kimbra promised us an album tour and she’s stayed true to her word with an announcement of an Australian National tour to promote her forthcoming album ‘Vows’.

With her debut album due for release in September (August for New Zealand fans), this is a perfectly timed tour to blast the Kimbra juggernaut into bigger realms.

Tickets go on sale on Friday (hopefully there will be a sneaky pre-sale or two).  Check out the dates below and get your tickets skates on this Friday.  September’s going to be a big month of Kimbra-tastic music with her ‘Vows’ tour and her slot at Parklife.  We’ll take it all!!

With tunes like this from Wndr there's a high prob

It's cold outside but the weekend is commencing an

You know what day it is. #maythe4thbewithyou

Social distancing with The Beatles. featuring the

Music From The Home Front will showcase performanc

Who says you can't be productive in isolation? It

I'm here with all of my people. Locked up with al

Only 3️⃣ days to go. Ausmusic T-Shirt Day has

We’re through the Easter 🥚 period and it’s

Surrounding myself with positive energy and music

Today's 🌧️ and isolation means it's a perfect