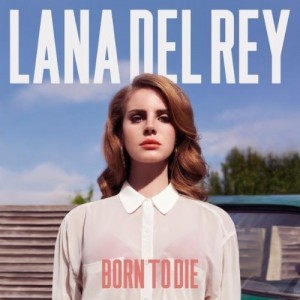 If your debut album goes to number #1 in 11 countries in the first couple of days of release, it’s fair to say that it goes a long way towards proving the haters and the critics wrong and the public right.  Either way, it’s an outstanding achievement.

It’s not often that you listen to an album when you’ve bought it knowing a fair amount of the tracks already.  That’s mainly because of  the unmastered tracks being leaked online.  It’s a good job then that they’re all pretty solid tunes.  Some more solid than others…just look at the popularity online of the track ‘Radio’ this week.

Is a 15 track debut album too long?  Well that depends on whether you like the tracks or not?  Usually it is but we think in this case it is a bonus as otherwise you’d be listening to an album without much newness to it.  It’s quite a diverse track listing in its style and we think that it all works excellently.  The big question is though, will you still have it on your iPod playlist or in your car CD player for months to come?  We’d say yes to that (although if you followed some reviews, you’d probably not go anywhere near it).

So, how do you get to listen to an album that some absolutely love and some loathe?  Fortunately, Interscope Records are now officially streaming Lana’s new album in ‘snippet’ form and if you know what’s good for you, you’ll get your listening fix here and then get this ordered on iTunes Aus, iTunes USA,& iTunes Euro.  Alternatively, if you think it’s a bag of rubbish, you can also make your mind up on it too below.

Our album face’s are definitely Radio, Summertime Sadness, Video Games, Blue Jeans and National Anthem. It’s crammed with potential releases, so we’d expect that by mid to late this year (probably around 3rd/4th single release) folks will be lining up for her hall/arena tour.

If you were lucky enough to snap up a ticket to her intimate venue tour at the moment, well done.  Don’t forget you’ll also be able to catch her in March in Austin at SXSW.

OK.  Enough with the waffle and check out all things Lana Del Rey below: