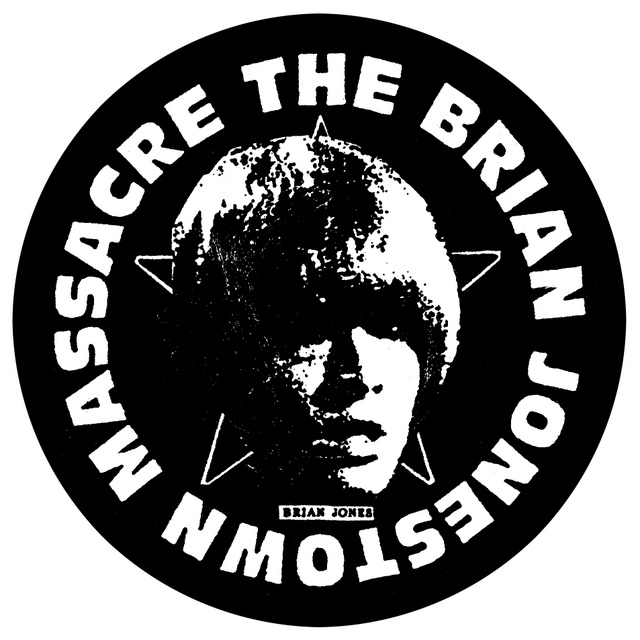 Our roving gig radar Aymeric de Rosbo has been out again on the trail of a good concert and dropped us a fine two for one review of The Raveonettes & The Brian Jonestown Massacre gig at The Forum in Melbourne. Don’t mention DiG! though…

DiG! (1) is a documentary about Anton Newcombe, his band The Brian Jonestown Massacre and The Dandy Warhols. It is virtually impossible to read anything about Anton without a mention of DiG! (2). In fact, failure to mention DiG! (3) the requisite number of times can result in ex-communication or catapulting. More on that later as The Brian Jonestown Massacre and but the second helping in tonight’s grand buffet of entertainment.

The evening started off with The Raveonettes, who were not in the documentary DiG! (4) but in terms of exports from Denmark are only just below Lego and miles in front of salami. Believe it or not supermarkets of this world, there are more than two salamis in the world and unlike Danish and Hungarian, they are quite delicious, Veneto especially. Anywho, discussion on the merits of various smallgoods is not really assisting in the whole gig review process per se, so we shall move on. 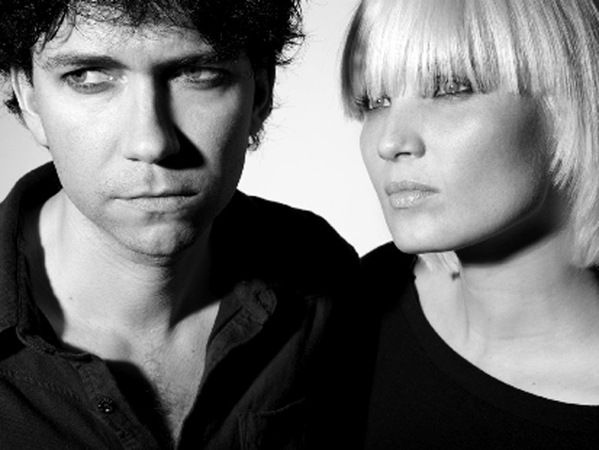 Given the early starting time, it is a genuine surprise to see the venue so full when The Raveonettes take to the stage. When this occurs however, it is no longer a surprise. Oh my. The touring version of The Raveonettes is a three piece (and a drum machine) who proceeded to unleash a pounding if somewhat muddy wall of sound. This came as somewhat of a surprise to those expecting to hear bubblegum sweet pop tunes albeit with dark lyrical content a la Kinks circa “Sunny Afternoon”. This is evident on their most commercially successful release, “Pretty in Black”. Nothing fills you with warm and fuzzies like “looking for love in a trashcan”. The setlist was pretty diverse, spanning several genres from the aforementioned pop, to garage to something that was vaguely approaching new wave.

As per usual with gigs at The Forum, the bass was pushed much further than Spinal Tap’s 11. When Sharin struck the chords, your oesophagus was ripped from your throat and unceremoniously deposited in the Yarra several hundred metres behind. The juxtaposition between Sharin’s cool, reserved, almost fembot-like appearance and Sune’s and the random drummers frenetic flailing of limbs could not be more pronounced. This was until the last song when everything when scuzzy and strobe-y. Most excellent.

Previously watching The Brian Jonestown Massacre was like going to watch a car crash that someone told you in advance that they were going to star in. You knew what was coming, you knew that it wouldn’t be pretty and that people would get hurt. The only thing you did not know is when the inevitable would strike and what seemingly minor, innocuous event would cause the whole thing to go massively pear-shaped. To gain a more thorough understanding of this, please refer to the documentary DiG! (5). Ah DiG! (6)… how selective editing can make someone of admittedly questionable mental stability look as completely unhinged and delusional as Craig Thomson. That is if the media is to be believed, which in all honesty is much easier than forming one’s own opinion. This is not to say that it is always plain sailing on the good ship Brian Jonestown. Anton’s comments about Eric Clapton and his contribution to music was fairly reprehensible and then there was one particularly memorable night at the H-Fi Bar in 2008. This gig tarnished the good name of “shambolic” and was marked equipment failure, extended solos and random “fans” mimicking Anton’s certain mental quirks. All of these factors contributed to produce heated discussions, walk offs and was only mere seconds away from an onstage intra-band Jack Daniels bottling. Oh how we laughed.

Tonight however is a much more sedate affair with the blow-outs relatively minor, relating to the Anton’s aversion to taking requests from the audience and the beer situation or therefore lack of. Somehow spared from this is a microphone stand which had a dual revolutionary steak, firstly because it refused to yield to the man and stay in the same spot and secondly because it kept on swinging around in circles.

Despite the fact that the Merch Desk featured both recordings of solo and side projects of many of the members of the band, it should not be forgotten who is in charge of the show. If there was any confusion however, the fact that there was only one setlist fixed to the stage for all eight members in the band instantly dispelled that notion. Every player performed their part to perfection; Matt was excellent on vocals and guitar, Frankie was in his own world on guitar, Rob switched seamlessly between keys and guitar whilst the dapper Ricky and his 12 string swung to the far right of the stage. Everything in its right place. 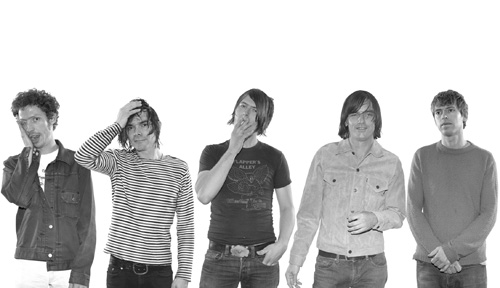 Probably the best adjective to describe the sound of The Brian Jonestown Massacre is “big”. At various times throughout the set, five guitars and a bass feature. Then there is the “Joel-er-coaster”, Joel Gion, whose range of maracas and tambourines is enough to make Peter Allen leap out of his grave in a zombie fit of rage. Then there are the swirling lights and scenery changes that make the whole experience seem otherworldly. Some artists struggle to combine being prolific with actually being any good. There was a stage where Ryan Adams recorded every single sound that he made in an effort to produce a decent song before finally returning to form, whilst Bryan Adams is just rubbish. This is not the case for The Brian Jonestown Massacre.

Numerous crowd favourites were scattered throughout, but it was “Not If You Were The Last Dandy On Earth” and “Open Heart Surgery” that drew the strongest reaction from the crowd. The danger with producing lush soundscapes such as those produced by The Brian Jonestown Massacre is that you can inadvertently put your audience into a semi-catatonic state. However this was not the case tonight, as you always feel when watching The Brian Jonestown Massacre that you are teetering on the edge of a precipice. Seeing them play is not so much a concert, but a theatrical event. The only thing needed to complete the effect would have been to borrow The Mars Volta’s borrowed Morricone theme to “The Good, The Bad and The Ugly”, as this truly sums up every aspect of the show and human nature in general.

The was evidenced later on and caused the night to end on a slightly sour note. One of the “fans” with genitalia the size of a small rodent or perhaps it was a small rodent, decided to hurl a bottle onto the stage when Ricky came back to announce the details of the after party. It wasn’t quite the scene from The Blues Brothers, but the day when Melbourne is even thought of in the same terms as a fictitious redneck bar is not a happy one. Heroic does not even begin to describe it. End rant. DiG! (7) DiG! (8) DiG! (9) DiG! (10) DiG! (11) DiG! (12) DiG! (13)