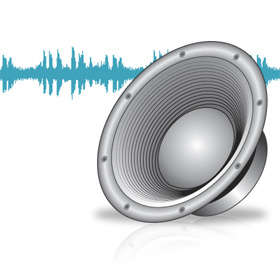 Roll up.  Roll up.  Get your Lollapalooza Live Streaming.  If you live in the US, you’re lucky lucky people as you get to watch the streamed Lollapalooza Festival through the wonders of YouTube (sponsored by Dell) around the same time depending on your sState of course.  For us peeps in Australia, we’re +15 hours ahead.

That means some of us are going to have to get up early for a few bands….but it also means some bands are streamed in the day at prime time for us.

The festival goes from Friday 5th August through to Sunday 7th August and features some monster bands, including The Kills, Coldplay, Foster The People, Artic Monkeys, Noah & The Whale and Foo Fighters to name but a few.

Some bands are being shown live and some bands are ‘time shifted’ to ensure that those who have gone to the festival get ‘value for money’.  Fair enough I say.  As long as we get footage that’s fine with me.

If this streaming fest is anything like the Coachella Festival that was streamed earlier this year, then this is going to herald a way forward for festivals and it probably won’t be long before this type of service is in paid format.  If you could access a festival for a payment, would you do it?  It’s definitely one way of getting a bigger ‘worldwide’ audience for viewers/fans who wouldn’t have been going to it otherwise.  Especially if you are in another country.  Image a HD streamed version of Glastonbury or Ibiza parties on projectors in clubs the other side of the world pumped through night club sound systems.

From the schedule it looks like Australia gets Coldplay streamed around 11.15am on Saturday morning, so get that streaming in HD whilst your having brunch.

GET YOUR LIVE STREAMING HERE NOW!!!

Gig Times are in US Central Daylight Time below (add +15hrs for Australia):