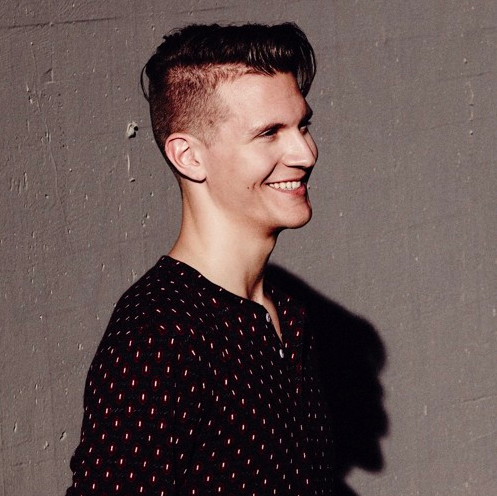 Norway’s Matoma has hit Australia’s shores for a brief touring visit and we had a catch up with him to see how life is treating one of our YMR favourite artists.

We have had our eyes and ears on Matoma for a couple of years now and we are chomping at the bit to catch him live tonight at Northcote Social Club in Melbourne.

Check out what he had to say on this year’s success and his new album Hakuna Matoma below.

We have been huge fans of you since early last year and it is great to see you on a rising trajectory.  What has been one of your biggest highlights of 2015 so far?

I’ve been seeing your posts, thanks so much for the support! For me one of the biggest highlights of this year would have to be how the whole crazy year started when I got a call from Atlantic saying that they wanted to make my remix of Notorious BIG an official release and collaboration. Seriously I passed out! Being a fan of old school hip hop and Biggie more than anyone since I was a kid, it was such an honor and I’m so glad I was able to help push his legacy and bring him to a new group of music fans. That is incredible to me.

You were recently on the huge Friendzone tour with our good buddies The Chainsmokers as their special guest across the US.  What was that like and was there any carnage?

Haha yes! It was such a crazy time spending 1 month on a bus tour with those guys and playing in cities across America to thousands and thousands of kids. The shows were huge, they bring an amazing energy to their performances and I was blown away by how much their fans knew my music and loved my show. By the end of it we all felt like a big family. It was sad to end, but good to get some sleep finally!

How excited are you on the release of Hakuna Matoma?

For me it just feels like the beginning still. Since “Old Thing Back” I’ve been working hard on new music and had so many incredible songs I wanted to start putting out and it didn’t feel right to wait for some traditional reason of how things get released. So we came up with the idea of how to put out an album in a new way, and I’m just so happy to reveal the first phase of the music to my fans. I really want it to feel like a journey where I can keep surprising my fans. Even now I have songs almost finished on my hard drive that will be coming soon, and no one knows what they are or what to expect and that to me feels like the best part, that I can have this journey with my fans.

You start your tour across Australia this week.  Are you going to get time to enjoy any sight seeing in AUS whilst you are here?

Today was my only time off and I had a great time with my manager, jogging through Rushcutters Bay and then walking everywhere from our hotel to the harbour and back. If the weather was good we were going to hit the beach but since it was windy we just did the main tourist sights of the Opera House and the bridge and it was really beautiful. I’m only here for a few more days, going to Melbourne and then to Perth, but already I know I want to keep coming back a lot more.

For those not familiar with your live sets, what can fans expect?

It’s just a good party! My music is about having a good time and that’s different at each show based on each crowd. It’s almost like a rollercoaster with ups and downs and changes from tropical and chill to deep house and nu-disco, and old school hip hop and bangers. Of course it all feels a part of the same story but there’s a lot of changes and it’s just about having fun!

What has been your favourite remix that you have done and play in your sets?

It changes all the time. I just released a new song to Hakuna Matoma yesterday with my friend Astrid S called “Running Out” which we’re both really proud of, so I went back and listened to my remix I did for her called “2AM” and it reminded me how much I love it, especially now it’s getting colder in Norway which was my inspiration when I wrote it. But for Australia coming into summer I think I need to bring more of the warm tropical vibes so I think on this tour my remix of Will Smith “Miami” will be a favourite!

There’s been a ridiculous amount of talented artists coming out of Norway in the last few years, in particular of a tropical house variety.  Who are your favourite home country artists at the moment?

I get asked this a lot now and I’m so proud that people are recognizing this. My friends Nico & Vinz are incredible, I just saw them perform live at an award show in Norway last weekend and they blow me away with their performance. Astrid S who I mentioned is also amazing. I’ve been really honored to have worked with a lot of my favorite Norwegian artists on some of my recent singles actually, guys like Donkeyboy who are great songwriters or Madcon who are also incredible performers.

I’ll be doing my Scandinavia tour in January and February and playing a big show at the Oslo Opera House which will be amazing. Then back to the US for some show and Europe for summer. Hopefully Australia again too! But also more writing and lots more releasing. The album has just started and I can’t wait to keep sharing it with you guys.

In Conversation with Alex Lahey

In Conversation with Basement Jaxx

In Conversation with David Hosking