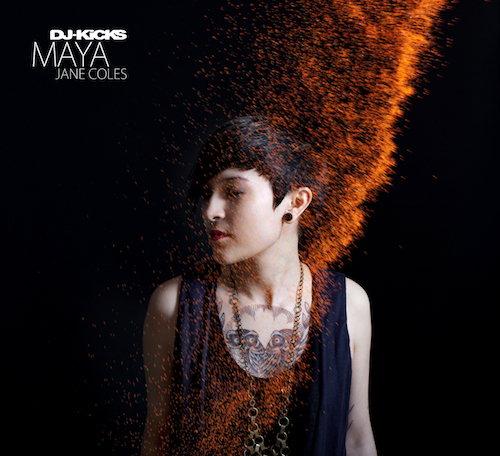 Maya Jane Coles definitely had a pretty big year in 2011.  It didn’t take long for Maya Jane Coles to go from an up and coming DJ to being in a position of producing some quality remixes for top artists, getting some massive DJ slots and also working on some very fine EP tracks of here own too.  Not a bad 12 month period we say.

So what does 2012 have in store?  Well, not only has she been touring Asia in March, she also has her first commercially available DJ mix coming out this month in the form of a DJ-Kicks mix.  We’re massive ‘huge’ fans of the DJ-Kicks series and this sneaky peaky listen we’ve had of Maya Jane Coles mix does not disappoint.  It is pure quality.

If you’re familiar with Maya Jane Coles’ mixing, style and deft touch with the decks, you’ll already know that this is going to be good.  Let’s just say it’s better than good.  It is bloody brilliant!!!!

Mark your diary for  the release date of April 17th through !K7 Records.

Maya’s 2012 is shaping up to be an exceptional busy one; In addition to Sonar (Spain) and Park Life (UK), where Maya will headline the Wax On stage with the likes of Claude Von Stroke, Joy Orbison, Julio Bashmore and Eats Everything also appearing; Maya has been confirmed to play at Hide Out (Croatia), Field Day (UK), Les Nuits Sonores (France) and Elita Festival (Italy). Maya will also be playing at Bestival on 7th September 2012. Definitely one for the diary as it’s one of our favourite festivals and with the dress up theme being ‘Wild Animals’ this year.

Bring on 2012 we say!!!  We can’t give you a streaming version of the DJ-Kicks release but we can definitely give you some sets by Maya herself that you should check out below.