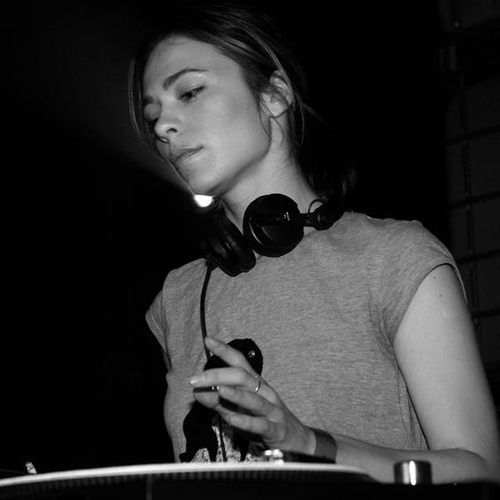 Resident Advisor (RA) recently filmed a revealing highs and lows of life as a touring DJ for their new film series with an intimate journey across Europe with Nina Kraviz.  It is an outstanding piece of film with an outstanding Nina Kraviz soundtrack but it has led to some controversay.

Nina put some interesting and very righteous comments up on the fallout from the said video.  In short, it is an amazing piece short film (in the style of Soulwax’s documentary ‘Part of The Weekend Never Dies’ and there’s a brief bath scene it. People have gotten a bit shitty about it for some reason…obviously because she’s a woman and of course there would be no controversy if it was a bloke in the bath. We agree with Nina completely and back her up.  Here’s what she had to say on her facebook page following a blog post by Greg Wilson and the short film that was shot:

Greg Wilson wrote an article about me. Well…what can I say..Thank you Greg. It’s a great article and I appreciate it and I am actually really honored. But sometimes I just wanna scream into the Universe.

Guys, are you serious”?” Aren’t you not bored about this 10 times dead topic about females in the industry, the idea that any boy can do what ever he wants and it’s all fine and girl needs to behave? Behave like not even put make up on because “oh my god, she can’t be taken seriously if she is pretty and feminine-means if she is her self” Since when, guys? Please don’t put me in your marketing box. I don’t even have a manager. I refused them all. I do what I wanna do. And actually I am the most well behaved dj ever. Who doesn’t take any drugs(and I’ve been djing for 10 years now) who is professional and true to her self. Who never played a single record to please anybody. And stop with this snobism really. Its old fashioned.

Even though I was in a fight with RA because they didn’t want to remove some episodes after following me for 3 days non-stop I found it a bit too focused on me as a female. They wanted no talks about acid techno, dance mania and all that they wanted it because they knew it would create a little mess. Of course. Finally the removed a lot but even after that the innocent and in my opinion lovely shoot in the bath makes you mad. So funny.This video is about dj on the road. And djs take baths sometimes.

The party in Bulgaria was on the beach. So you wanted me to be on the beach in winter cloths? Just not to be miss understood? Since when wearing a swimming suit on the beach is too much? Ha? And the last thing. In the video I said “being a female in the industry is not easy sometimes because all relationship turn into distant relationship”. For many people I am just too real. But if you think I am gonna change because you don’t feel it or because you are full of cliches and sexism. You think you can control people and tell them what they should be. No, sorry it doesn’t work this way with me. I am producing, exploring, digging for records since ages, sharing music with people -all by my self. I have my right to be who I am and you can like it or not.

I love my job and I am just too real for some of you. You think there must be a mistake. There must be something wrong. But no there is isnt’. You can’t control artist and their creativity. Sexism and all similar bullshit must die. And the first step to it is to let artists be who they are regardless of their gender, skin color, sexual orientation ect.. People cliches are for those who have less crafty brains. I hope one day you will find your self on the other side of the road. God bless you all.

Nina Kraviz is up there as one of the finest DJs we’ve gotten into in some time and we cannot get enough of her music, tracks, remixes, edits and all things NK.  Time for the globe to step up into the 21st century for a bit of equality we say!  We have loved her tracks for nearly 2 years now and her album that features the tracks you will hear in the video is a stunner.  Let’s hope the bath scene controversey dies down and everyone gets back to focussing on just how talented she is.

Music In Order Of Appearance:

Nina is coming back to Australia for a proper tour soon and it is gonna be gold. In the meantime, until then, get your  fix below of Greg Wilson’s mix to tie-in with his blog post, ‘Nina Kraviz – The Mistress Of Her Own Myth’.