YMR favourite Miguel Migs is in town over New Year’s to play Ms Collins in Melbourne and it looks set to be one hell of a good night.

No only do you get some quality tunes spun from the master himself, but tickets also include a complimentary cocktail and street food from 8-10pm. Including chef Daniel Wilson (Huxtable) and Paul Wilson’s (Lady Carolina) pulled pork sliders, chicken kaarage, beef brisket empanadas.

We’ve been massive fans of Miguel Migs since the Naked Music days and we are super excited to catch him again whilst he is in Melbourne to bring in the New Year.

Miguel Migs grew up in Northern California on his parent’s diverse collection of classic rock, blues, funk, soul and reggae records – which helped set the tone for his musical inspirations. He infuses these creative influences into his own sound, which combines this wide range of styles,
blending them together into his own unique artistry.

Migs emerged from the 90’s deep house underground scene to become the kind of artist who transcends the stylistic limitations of a genre so very few can.  His musical journey began after picking up a guitar in his early teenage years and his first outlet was writing songs and playing in Dub/Reggae bands.  Although Migs always loved and listened to all different styles of music, in the early 90’s he connected to the soulful sounds of Deep House.  By the mid ’90s he began experimenting with producing electronic dance music.  By the time the new millennium dawned, a string of releases and remixes on numerous leading indie dance labels earned him an enviable reputation amongst discerning dance music fans worldwide.  As Petalpusher, he’d also become a stalwart of the hugely influential Naked Music stable with his original productions, remixes and compilations. 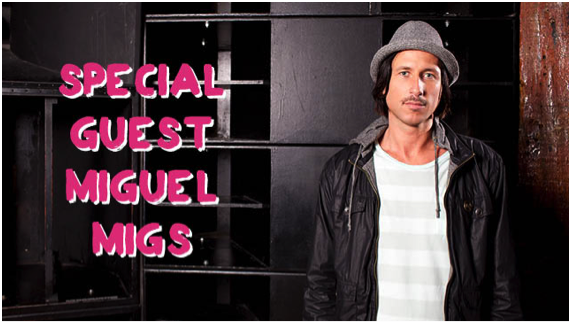 #BOOTHLYF VIP booth & room bookings are available for best seat in the house. Taste the stars with all packages featuring Dom Pérignon Champagne and more. Bookings include entry, your own personal hostess and more.