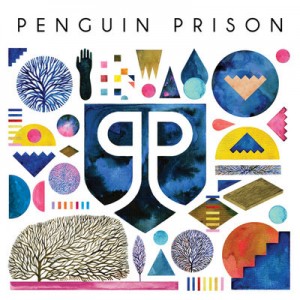 We’re big fans of Penguin Prison and the future that is Mr Chris Glover.  Since he’s been putting some remix magic on a lot of artists over recent months, been supporting the likes of Jamiroquai and also headlining his own shows, I think it is now finally time for the world to hail the music god that is Penguin Prison.

Since catching on to Penguin Prison last year and hearing the Album Sampler that came out this year and not to mention the many great remixes that have been released this year so far…I simply cannot wait any longer.  I’m too impatient.

I’m firmly of the belief that Chris Glover has all of the talents both through songwriting and performing that will get him to the heady heights of George Michael proportions.  Just listen to his work and you’ll see the similarities in vocal range and song writing.

If you thought the track Multi-Millionaire was awesome then get your ears locked in place to listen to ‘Don’t Fuck With My Money’.  This track has rocketed up the online search engine charts in the last couple of days and it might just….might JUST be this song that edges him closer to world domination.

Penguin Prison’s self title album has finally been given a release date of 5th September for UK, AUS and later for US.  Get it ordered here pronto!!!

Check out the track streamed direct from Penguin Prison on Soundcloud:

Don’t Fuck With My Money by Penguin Prison