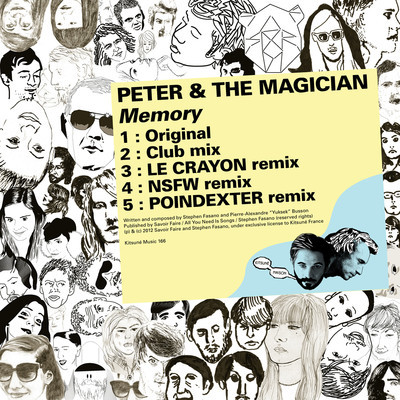 Peter and The Magician are due to drop their second EP ‘Memory’ which is due out July 9th on Kitsuné and if the original mix is anything to go by, this a magic trick of an EP.

Peter & The Magician is the pairing of Yuksek and the Magician! Yuksek released the club hit ‘I Don’t Know What To Do” on Kitsuné last year and is famous for, amongst other things, his incredible remix of Lykke Li’s ‘I Follow The River’ (over 25 million views on YouTube!).

Get your ear fix of this awesome track below and if you missed it, make sure you get some quality audio time of the remix of RAC featuring Penguin Prison which was given some exquisite disco beats courtesy of The Magician’s remix.