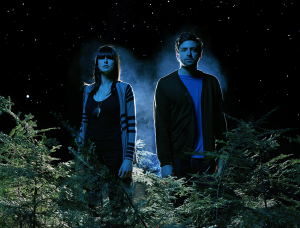 Phantogram are an electro rock group from Saratoga Springs in New York and their track ‘Don’t Move’ is one hell of a catchy well written track.

The band consists of Josh Carter (vocals, guitars) and Sarah Barthel (vocals, keyboards) and together they’ve given us a track of Metric (the band) like proportions with a bit of Flight Facilities sounding creativity to match. What a track indeed.

We’re addicted to this track already after a couple of looped plays and look forward to catching these guys at some point live (hopefully they’ll be at SXSW 2011).

This track is taken from their EP ‘Nightlife’ and if you know what’s good for you, you’ll go out an make a purchase right this very second!!!