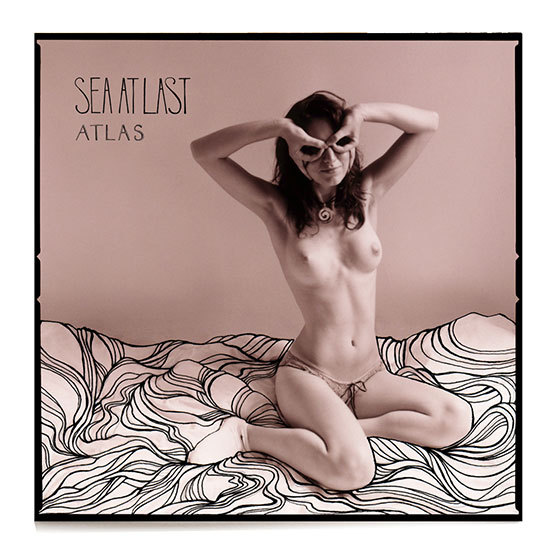 Sea At Last drop their album Atlas on 2nd May and we have been a follower of this band since we first put them on our radar back in December last year. We’ve been eagerly awaiting the album to drop and for the adulation that they deserve to start rolling in.

There’s a reason why we put this band on our YMR Watch List back in 2012 and one listen to this album will confirm that for you. When we first caught this band with their track ‘Sea’ we found it difficult to pigeon hole and categorise their sound. It’s a bit folk, a bit rock and a bit gypsy. There is also a feel of very early Fleetwood Mac and Bob Dylan here too. It is certainly a simple but complex album that deserves your full attention. I love the shared vocal duties on this one too from both Cohen and Tory Elena.

We have had this album on our radar to review for a little while now and we wanted to ensure that we could give this the time it deserves. The album opener ‘Silent Awake’ sets the scene for the audio journey that is about to unfold. There’s a folky almost Greek element to ‘Light Up The Night’ which I absolutely love. ‘Sleep Inside Thunder’ is definitely one of the standout tracks on the album. It’s an exquisite 5 minute ride that I clicked on and played several times before letting the album continue. We drift into a folky Black Keys kind of territory with ‘Mighty Flood’ which sounds like you could quite literally be drifting along in a boat Life of Pi style (without the tiger though). If you want a power horse of a track then ‘Golden Arrows’ will blast you over the midway point on the album. It’s a short sharp shock of a track but it is definitely the treatment you want to hear. There’s something Godfather’like about the track ‘Bittersweet’. Talking about movie soundtracks, the next track ‘The Cliff’ takes me into Tarantino territory every time. Love it! If QT is reading this, he should sign them up for his next movie. OK. Back to the album. ‘Castle’ is another short track but it’s a dream like affair this time around which lead you into familiar territory for us in the next track ‘Sea’. This was one of our favourite tracks of 2012 when we heard ‘Sea’ last year and getting familiar again with it right now is like greeting an old friend. It’s another one of the standout tracks on the album and it is simply sensational. If you ever wanted to listen to a track that would tug at your heart strings, this one is it. Album closer ‘The Fire’ seals the deal with a big heart of a track.

As you can tell, we like the album and we definitely have been playing it and definitely will be recommending it to you. Get streaming it below to satisfy your hunger.

Sea At Last drop their album Atlas on the 2nd of May on GypsyPop Records.

About Sea At Last