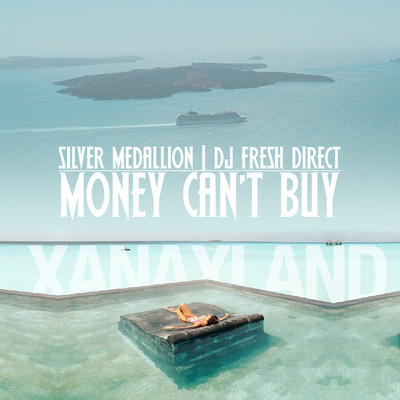 Silver Medallion drops the hot new track and video for ‘Money Can’t Buy’.  Another quality track from one of Brooklyn’s up and comers!!

Last month me and some of my homies helped throw a NYC rave/partay inside a Dim Sum restaurant in Chinatown. Ginger Riot filmed the whole thing, all my frenz came, and now yall can see what a night out in NYC with Silver Medallion and posse is like while we get sloppy, steal pizzas and just generally wild out. The song is another #xanaxland track by DJ Fresh Direct and myself, it’s called Money Can’t Buy and it’s our ode to the end of summer.

Following up from their genre-bending first single together “Hey Cinderella”, Silver Medallion & DJ Fresh Direct combine elements of Alternative, Trap, and Pop to make their ode to the end of summer.

Check it out!! Money in fact cannot buy this as it is a free download!