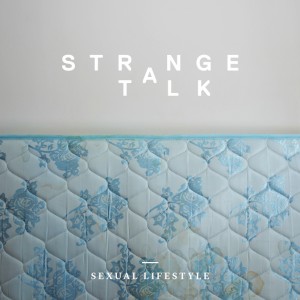 What is there to say about the band Strange Talk???  You know what, a bloody lot in fact as they’re awesome and you should know about them now if you don’t already.  Read on!!!

We caught these guys on their mad touring travels on their Melbourne leg of Parklife 2011.  Boy were they good and boy is their track ‘Sexual Lifestyle’ hotter than a ham and cheese toastie straight from the toaster.  Molten lava to the ears but you’ll still want to go in for a listen!!!!

This track was produced in Melbourne by Strange Talk and it will come as no surprise to hear that Van She Tech have added some sparkle to and it has been mixed in Los Angeles by John Fields who has worked on mixes for The Presets and Cut Copy.  That’s our kind of pick list if ever there was one.

Sexual Lifesyle is their follow up to their track ‘Climbing Walls’ which was a #1 on Hype Machine.

Do us and yourself a favour by getting stuck into this track below and lets all help drive this up the Hype Machine charts too.