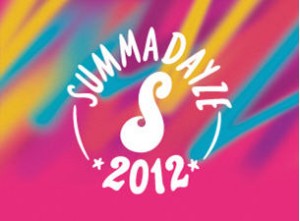 ‘Colourfornia’ cometh!!!  The Summadayze line-up has been announced and it’s a monster!!!    Well done to the organisers of the 2012 festival as this one is a blinder for the beginning of the last year of the Mayan calendar!!

We’re excited about the Flying Lotus hitting our shores again and not to mention the mighty Calvin Harris, Scissor Sisters and Snoop Dogg…just to name a handful of the goodness coming our way!!!

Can Summer and the turn of the year come around quick enough?  We certainly hope so!!!

Tickets are onsale through Ticketmaster (presale 9am on 25th August).  Get in quick as this one is a sure fire hit!!!

Check out the official Summadayze site here and the line up announced so far below:

+ more to be announced