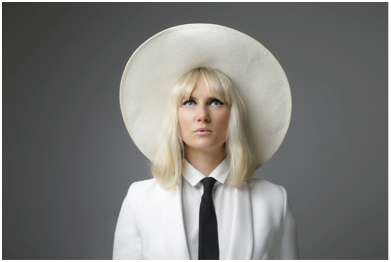 Something special is brewing and ready to delight at Sunshine’s Midnight Mass on December 23rd at The Prince Bandroom in Melbourne.

Aussie Artist Sunshine is one of the mainstay artists regularly gigging at some of Melbourne’s most popular venues. Having played records in multi-genre’s including, hip hop, jazz, funk, soul, disco, house and techno, it’s no surprise her career has brought her to creating her own themed club nights. Sunshine is now gearing up for the release of her latest new records in the ‘Gospel House/Techno/Soul’ genre’s due out this Summer. Sunshine has engaged a number of vocalists to collaborate with and is developing a choir, to perform on the songs and her performances. The Choir is called the ‘Disco Faith Choir.’

The launch of the Sunshine brand/concept and first single is scheduled for Friday 23rd December at Prince Bandroom & the event is called: ‘Sunshine’s Midnight Mass’ which is a late night event concept.

Doors will open at 11pm and the initial party will run through to 7am, eventually turning into an ‘All Nighter’ event.

I’ve always had a strong connection to Blues and Gospel music, which comes from its honesty and the way it lifts your spirit up. In my DJ sets I love mixing gospel/blues vocals with techno tracks, because the uplifting energy is the same even though the music is different which creates a perfect marriage of light and dark combining the two styles. I wanted to create my own original tracks that combined the two styles and after I started studying a composition/music production degree at AIM this year, I was introduced to different compositional techniques that inspired me to start working on my idea and to evolve the way I’d been making music which was purely computer/sample based and start moving towards introducing more live elements like the choir and live instruments.

I began working on the first record of this project earlier this year and I envisioned having a record release party for it that incorporated the celebration feel of gospel churches mixed with the darkness of techno. To make this happen a really talented team of people was put together and we have been sourcing the best world class artistic talent that Melbourne has to offer in the way of choirs, dancers and set designers to make this a show an experience on every level.