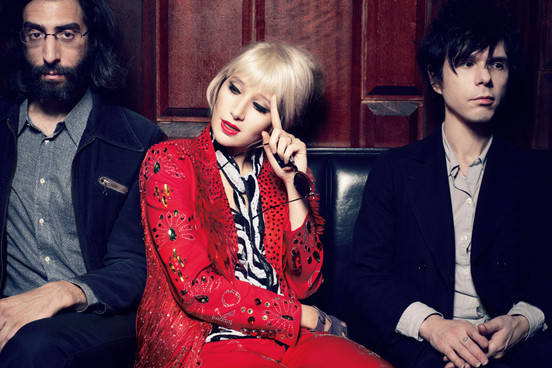 Everyday leading up to SXSW in Austin during March, we’ll be focusing on at least one band or artist. Today’s SXSW Showcasing Artist/Band focus is the Yeah Yeah Yeahs.

Another big name listed for Austin in a few weeks.  Realistically it’s unlikely we’ll be catching this band as we’ve already caught them live and there is sure to be about 10 clashes of artists with these big rollers.  If you do get the chance to queue for several hours and go see them at Stubbs BBQ, they are worth it though.

The new album is surely going to be played a lot and it would be worth catching them for that alone.  The new album ‘Mosquito’ is due to drop mid April and you can check out the 2nd of their teaser trailers for it below.  It sounds like it’s a worthy contender for some of their best stuff yet.