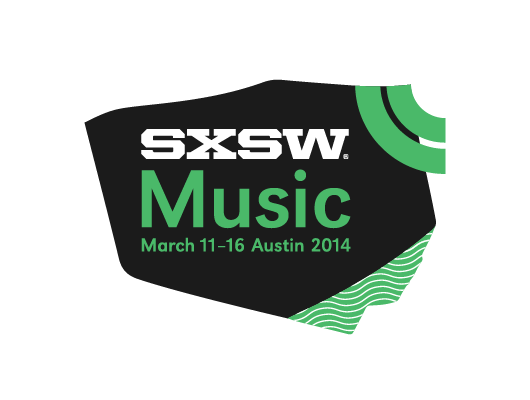 So the time has come around again and you’re now counting down to 2014’s instalment of SXSW.  If you’re still working out who you should be seeing, we’ve put together this SXSW 2014 Playlist based on artists we’ve seen at the last 2 year’s festivals and who we’ve been banging on about in 2013.

First up, expect the unexpected and plan for the unplanned.  If you’re like us and you’ve been through the SXSW schedule, you’ll already know that you are well and truly stuffed for catching all of the bands you were thinking of going to see.  That’s not even taking into account the high profile acts that will get announced within a snifter of when the music festival bit starts.

After going the last couple of years the biggest piece of advice we can give is to just target smartly who you really REALLY want to see.  If you can score as close to your shortlist as possible, everything else you will experience is a bonus.  If there’s a huge queue (and there will be), try and have an unknown band who is playing a smaller venue up your sleeve.  Some of our best experiences have been in that category.  We caught The Crystal Fighters in a tiny venue at 1.30am in the morning, over a freeway past a dildo and tomahawk throwing backyard event and after thinking we were going to be robbed or hung from a tree Predator style we had one of the best musical experiences we’ve ever had (along with about another 20 people).

Around this time of the year, there will be a whole host of other key music blogs giving some top tips on who you should be seeing.  Our tip is to not necessarily see the big bands but see the ones who are going to be up and comers so that when they play your neck of the woods later in 2014 and beyond, you can say you’ve already seen them in the mighty Austin Texas.  We targeted seeing St. Lucia, Goldroom, Charli XCX, Blondfire, Little Daylight, Jetta, Ghost Beach and a whole host more last year as our spider sense tingling suggested that these would be on the up and up and we’re glad we did as it saved us a stack of individual gig tickets and cash when they hit local shores.

Make sure you also go to the showcase gigs in Austin Convention Centre.  You will catch bands in a very calm environment and pick up on some artists that you’ll want to get down and dirty with in their proper gig settings later in the week.  We caught Jake Bugg and Vampire Weekend at these sessions last year.  Don’t worry, there’s a bar there.

An obvious tip that you will probably ignore and pay for it is this….pace yo’self!  Don’t feel bad if you are knackered after a couple of days and just want to take it easy.  Whether you are young or old there’s only so much greatness your body can take.  Doing SXSW is what you should expect your body to feel like after doing a triathlon whilst eating copious amounts of meat, sliders, fried food and drinking enough beer to fill several Olympic sized swimming pools.  We hit Mexico a couple of years back to recover from a week of physical turbulence and we were all the better for it.

As far as Austin goes, one thing we learned last year was to get yourself down to Rainey Street.  If you are in town the night before music commences, get there to experience the pubs and bars before it all gets taken over.  It’s a great part of town.  We loved it (the bits we could remember).  Remember to walk as much as you can before you kick into pedicab mode as that can be expensive.  Forget cabs though.

If you are going to be out of your room for a fair number of hours a day, we recommend you pick up a power pack for your laptop and phone.  We used the mid range Hyperjuice power pack that we could get 15hrs out of charging our macbook air for blogging and charging our iPhone at the same time.  Super survival tip!

If you are a seasoned visitor to SXSW in March, you already know the score but you might still need some tips on who to catch.  Our playlist below (in alphabetical order) will help you out.  You won’t find Blondie and Suzanne vega on it though.

If you are a newbie, one final note.  You simply will not achieve all you set out to do.  Do not be disappointed or disheartened by this though as you’ll have had fun trying to climb the mountain and will be counting down to SXSW 2015 before you know it.

Check out the SXSW schedule HERE.