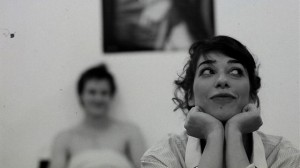 We’re loving all things french at the moment and this ode to ‘Les Filles Francaises’ by The Jude is just what the doctor ordered.

The Jude are a London-based rock ?n? roll band. ‘?Les Filles Francaises’? is the follow up single to their debut release ‘?Ha Ha Goodbye’.

Go on and get right into this track.  You know you want to…