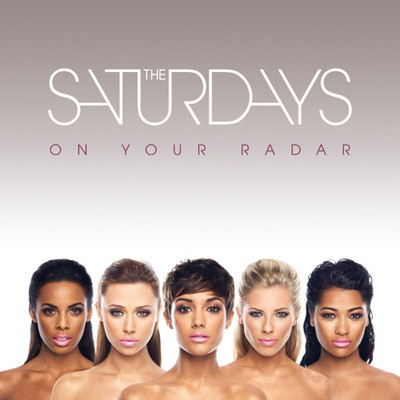 It’s eclectic radar time.  You’ve got to love a band that brings an album out called ‘On Your Radar’.  Particularly when it’s by a band that we’ve loved for a number of years but never quite made it across the pond to AUS.  Maybe things will change soon as we’d like to see these ladies out here.

The Saturdays have had a number of albums out in the last few years, including Chasing Lights, Wordshaker and their EP Headlines.  Now they’ve released their album ‘On Your Radar’ and they’ve got a dance trance vibe going on with this album that takes their excellent vocal skills up and beyond where they’ve been before.

Some would compare this band to the likes of Girls Aloud and Spice Girls but they’re more in the vein of Sugababes if you take the quality song writing thats been put into their tracks.  It’s fair to say that all of their albums and EP’s have quality writing skills behind The Saturdays machine and it’s all good as far as we are concerned.

If you love a good Leona Lewis style track, you’d be happy with ‘On Your Radar’.    The last 3 years have been good to The Saturdays but we think that this album could properly these ladies into another level in 2012 with the tracks on this album.

From the opening trance track of ‘All Fired Up’ you know we are in another territory to other The Saturdays albums as we’ve stepped up the BPM’s and t’s time to shake the booty!!!   ‘Notorious’ keeps you shakin’ it that bit more and then we’re straight into power ballad dance track ‘Faster’ which would be great for some cardio work.  ‘My Heart Takes Over’ slows things down a little but what a track this is indeed.  It’s only a temporary slow down though as we’re skipping straight up into euro house beats with ‘Get Ready Get Set’.

All in all this is a fun affair of an album that really kicks in fro the word go and it doesn’t let up (give or take the odd ballad).  Check out the fine track ‘Faster’ below and do yourself a favour and back catalogue their albums.  You will not be disappointed.

The Saturdays – Faster by PlumeTuneMusic