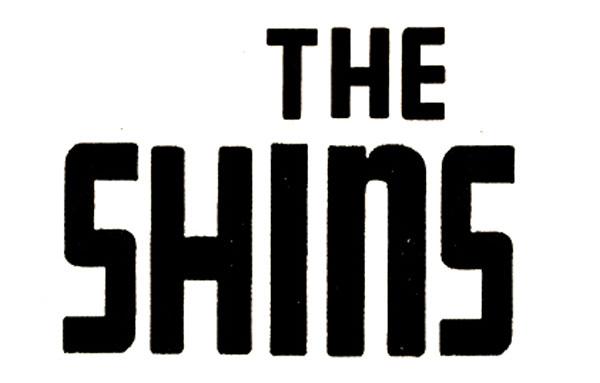 “How do I loathe thee? Let me count the ways.

I loathe thee to the depth and breadth and height

My soul can reach …I loathe thee with the breath,

Ms Browning actually penned this sonnet in response to her visit to Festival Hall. So appalled was she at the overwhelming level of crapitude of the venue that she wrote down the immortal verse. Admittedly later after pressure from her management she was forced to change “loathe” to “love” and then state that it was not about Festival Hall at all for fear that it would have an adverse effect on her eBook sales on iTunes and Amazon. True story.

It is with a certain degree of trepidation that one approaches gigs at Festival Hall. As much as you love the bands that play there and that it is the perfect size for bands midway between a Forum and Rod Laver Arena level of popularity, Festival Hall has the potential to turn any gig into a horrible experience. From the location slightly on the outskirts of nowhere, to the cavity search at the doors, the lack of intimacy (in all respects apart from the cavity search bit), to the at times questionable sound quality and all the aesthetic appeal of a giant disused Smells Like Teen Spirit film clip set, Festy Hall has it all. For me, every Festy Hall adventure will always be tainted by seeing Interpol here in 2008 or 2009.

Due to a slight ticketing cock up, I experienced the gig from the “comfort” of the bleachers without so much as a corndog or a soda that was so necessary to complete the effect. At least I assume it was Interpol who was playing, as rather than seeing the dapper New York quartet, I saw a speaker stack. Well at least it looked like a speaker stack in the distance as my binoculars did not have a sufficient level of magnification to make a clear determination one way or another. The most striking feature of the stack was the size, as it was essentially pretty useless at doing what it was meant to do. Obstacle 1 was played but it very well could have been I’m Too Sexy for My Shirt for all the volume and clarity that was offered. Rest assured, Interpol’s subsequent visit back to The Palace put everything back as it should be.

You would think that neither Husky nor The Shins are perfectly suited to playing at Festival Hall. To grossly stereotype, indie music is the sworn enemy of this vile beast that is Festival Hall. How both bands managed to placate the despicable ogre and pull off such brilliant sets is completely beyond me.

Husky are probably as close as there is to an Australian Fleet Foxes without being completely derivative. This is quite a good thing indeed. The signing to Sub Pop and also the home of Fleet Foxes is certainly deserved if tonight is anything to go by. Husky Gawenda has a remarkable voice that belies his Dan Auerbach / hobo chic type look whilst keyboardist Gideon Preiss is merely exceptionally talented and even managed to include a sample of Faith No More’s Epic. Noice. The fact that the venue was already full by the relatively early kick-off of 8 was by no means a coincidence and certainly speaks volumes.

By the time James Mercer makes his way on stage, the cardigan wearing masses are salivating in a way that would have left Pavlov truly chuffed. When Caring Is Creepy opens up proceedings, it becomes apparent that this set is going to be pretty much the entire Shins back catalogue. When the majority of your songs are around 3 minutes long and you play for 2 hours, you do have a certain degree of flexibility and tend to make a lot of people very, very happy.

Whether a fan was a newcomer who only knew Port of Morrow or had been following since the days of Oh, Inverted World, there was plenty to please. Kissing the Lipless, Simple Song, Phantom Limb, Know Your Onion and New Slang all featured the more or less harmonious backing of the 5,000 or so audience choir. So Says I and Australia predictably garnered massive reactions which whilst coming close, unfortunately did not bring down the house. God bless them, they stabbed it with their steely, steely knives but they just couldn’t kill the beast.

Port of Morrow to a certain extent represents a bit of departure for The Shins, namely the fact that there is now the “new” Shins supporting James Mercer, as the hiatus between Wincing The Night Away and Port for one reason or another claimed all the old ones. I put it down to the subprime housing crisis as this seems to be the cause of everything. Port also displays evidence of a musical shift, with a heavier and darker ambience prevailing.

None of this detracts however from James Mercer’s ability to reach the high notes to create the distinctive Shins sound. This is made all the more impressive by the fact that he is performing studio quality vocals in the acoustic equivalent of a gymnasium. A special mention goes out to Richard Swift who did brilliantly on keys and backing vocals and is without a shadow of doubt, Cedric Bixler Zavala’s doppelganger.

At the end of the night, there were smiles all around with both crowd and band knowing that they had shared in something special. The only thing that could have improved the night (apart from a change of venue) would have been a special late addition of Natalie Portman. Doing what, I am not exactly sure, but honestly that is not really all that relevant. Anywho, worst of luck, apparently mentioning a band in a movie does not mean that you are legally obligated to travel with said group around the world until the end of time. Justice? Ha, I think not. 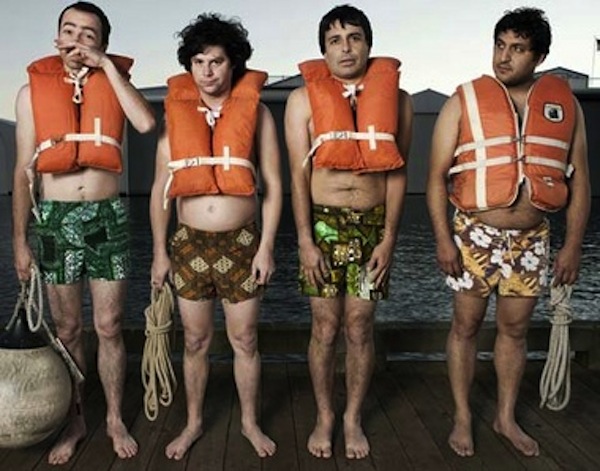