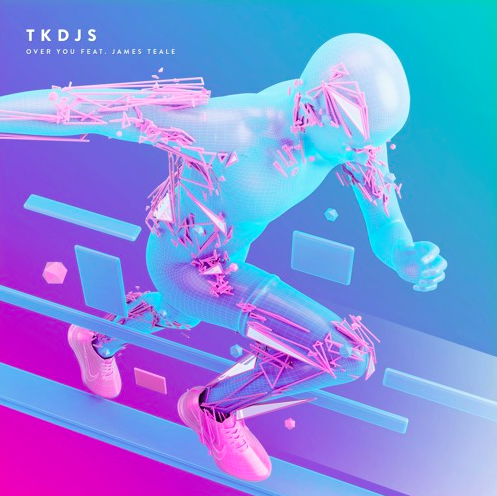 TKDJS give you a slice of house for the masses on ‘Over You’ featuring James Teale.

TKDJS is the artist project of Scott, Paul and Mike. They met at the Central Park zoo late one Thursday night in September. Their bond was forged in a NYPD cruiser on the way back to the precinct. They’ve been making music together ever since.

So this track was one of those tracks that all came together….right place, right time. We wrote this with the very talented James Teale from Surrey, UK. James has a unique story in that he’s an ex-British porn star who had just got out of the business to give music a shot. You wouldn’t guess it from looking at him, but dude has serious pipes and can really sing. Anyway, we were all going through shit at the time…seeing the end of a relationship, getting out of a hated industry, switching DAWs from Ableton to Logic…and we were just like fuck it…get over that! Over you! This is what came out. It was a blast to write and then produce with a couple different variations until we landed on this. Mad props to James for literally transforming into a different human during studio sessions and belting out his soul. Enjoy.