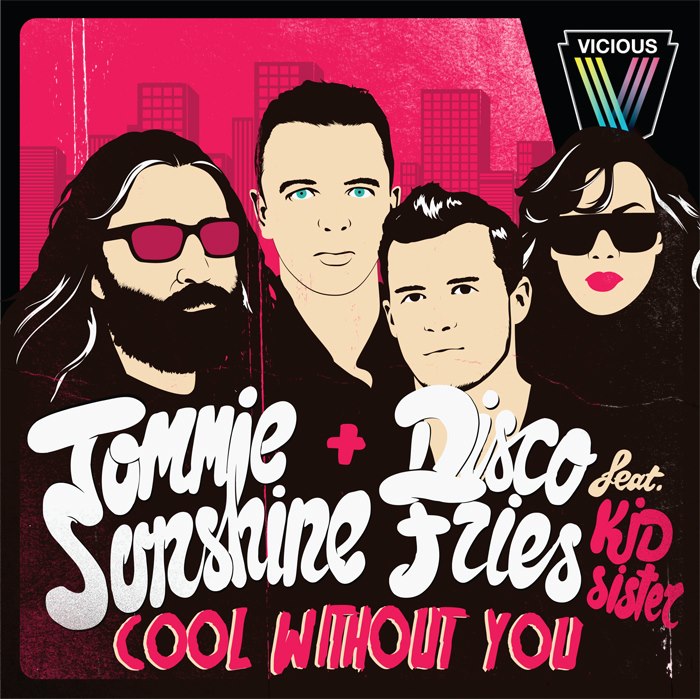 Tommie Sunshine, Disco Fries and Kid Sister are here to slap you around the face and ears with their new track ‘Cool Without You’.  If you thought previous collaborations between the Fries & Shine trio were ear gold, we can safely say they’ve raise the bar to platinum level.

The original mix is a treat for the senses.  Not only that, Audien and Botnek are both onboard too and they’ve provided some electro house sonic bombs for the clubs.  They are absolute dynamite!

2013 is the year of Tommie Sunshine and The Disco Fries and if you wanted another reason to catch these guys live in Austin at SXSW, you have it right here people.

Can we also give Kid Sister a round of applause for some quite awesome vocals on this track too.  Get your fix of this track on Beatport now. Boom!