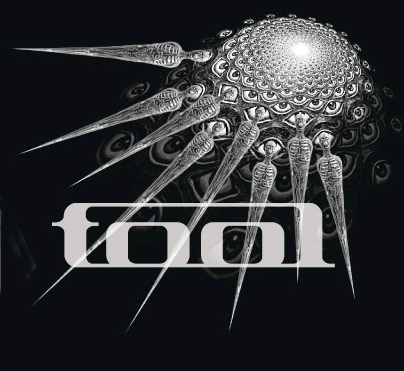 Attempting to review a Tool gig is the written equivalent of trying to describe the works within the Guggenheim Museum using smoke signals. It is really hard to do; you end up looking stupid for even attempting it and most importantly, you don’t even come close to doing justice to the original work. Seeing that a ban on taking photos with anything from apartment block sized SLR’s, to point-and-shoots and that entity dragged from the very bottom of the camera evolutionary pool, the smartphone was in place, it seemed as though the only way to convey what the gig was like was through cave paintings. This is truly a shame, as the gig was, as is often the case with Tool, quite outstanding. This was of course, once you managed to gain admittance to said venue, which presented its own set of unique challenges.

The security presence at the entrance to Rod Laver was so overbearing that you were left wondering whether you were still in Melbourne, or had in fact been transported to Kandahar to even worse still, any US high school. Screening at airports isn’t even remotely as strict as this. Hard to say what the reason was for this, but if it was on the pre-conceived notion that Tool fans are inherently violent and likely to smuggle in weapons in order to mindlessly club / garrotte / impale like-minded individuals, I think that the powers that be have been somewhat misled. In lieu of knowing the actual reason, I am going to wildly speculate that it was all caused by interest groups. Why is it that interest groups that do not represent the interest of the majority of people have so much power? How come they are usually led by monkeys in the mould of Sarah Palin or Wayne LaPierre? And how do they retain their influence after their fundamentally flawed arguments are exposed as being, quite surprisingly, fundamentally flawed? Whether by Frank Zappa, Dee Snider or Rage Against the Machine in the case of the Parents Music Resource Center or Mike Moore when he made the then president of the NRA, Mr Charlton Heston look less like Moses and more like a senile, botoxed redneck. This probably wasn’t that impressive; Charlton did do a lot work himself to contribute to this image.

Anywho, after the requisite snapping of rubber gloves and subsequent cavity search, we were finally allowed admission into the venue, only 20 minutes or so after the support band (who were handily listed on the Rod Laver website as “support”) finished. In light of this, I am going to suggest that their performance was everything that you would expect if you knew who the band were and what they sounded like.

As the total creative output from Tool has been somewhat limited in the past seven years, producing a number of songs somewhere between negative one and one, it is no surprise that this set was the concert going equivalent of a cassingle. Hooker with a Penis opened up and as much as everybody would have liked to buy a new record as the song implored us to do, that option simply was not available. Given the amount of arms raised and bodies writhing, it was a fairy safe bet to assume that everyone in attendance had every recording that Tool had even made.

Vicarious came next and that was the first indication that all was perhaps not as it should have been. Maynard started a verse too early which led to a bit of a break whilst the rest of the song caught up. There were various times throughout the night, where he didn’t exactly look like the picture of health whilst he was keeled over expelling what for all intents and purposes may have been a lung. Or lungs. This later forced the postponement of the Adelaide gig, which really didn’t matter as it was only Adelaide. That being said, he didn’t let it interfere with the performance; he went along stomping away at the back of the stage.

I was happy to be able to Sober performed in the flesh, and just happy to see Schism performed at all. Last time I saw Tool, it was at the Myer Music Bowl and I made the rookie error of assuming that general admission was directly in front of the stage and not instead in Outer Mongolia. I believe that on that tour, Tool were replaced by a troupe of performing ants if my memory serves me correctly.

Intension was a surprise inclusion in the set, but served to provide a sharp juxtaposition with the reaction when the unmistakable first chords of Lateralus rang out across the arena. Everyone truly was riding the spiral to the end.

As with everything in this gig, even the length of the intermission / break between the main set and the encore was carefully choreographed. A 12 minute countdown started as soon as the band left the stage. In this way it peeled back the sense of mystery surrounding the break and revealed that an encore is not a reward for how much you scream and cheer, but simply an opportunity for the band to enjoy some beverages of a refreshing nature. One thing it did provide though was the opportunity to view some Galaga style action as this was projected onto the stage, accompanied by an incredibly annoying droning noise.

The best thing about this bit was this it led into a finale of epic proportions. The set closed out with Jambi, Forty-Six & 2, Ænema and Stinkfist. It is difficult to imagine a better note to finish on then one that includes a talk box, ponders human evolution, focuses on California being wiped off the face of the Earth and makes you “feel, to know you’re alive”.

Tool is an experience that does not particularly lend itself to be written about, it is something which has to be lived. From the incredibly complex songs performed with military precision, to the trademark disturbing imagery that accompanies the songs through to the lasers, it is an immersive event that includes all of the sense and simply leaves you thinking…wow.