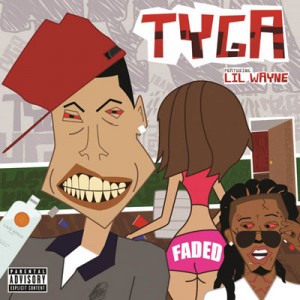 A new video has just dropped for Tyga, featuring Lil Wayne for his track ‘Faded’.  There’s a few comments online on this one being a little controversial and being a little ‘faded’.

That might be because of some of the lyrics or just the style of the track?  What do you reckon?

It’s not really our bag but we’d be interested to hear comments on this one.  We’re not sure what a clean version would sound like of this.  There’d probably be more bleeps than a Azealia Banks track would have…it would end up sounding like a game of Atari’s pong.