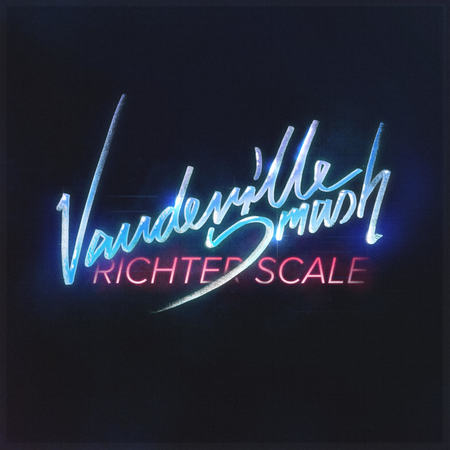 Vaudeville Smash have dropped their brand spanking new video for their single ‘Richter Scale’ and it’s a slick Tokyo inspired number that fits the track perfectly.

The video was shot in Japan when they were recently out there playing the Sapporo Jazz Festival to launch their P-Vine Records Japanese Greatest Hits CD ‘Disco To The World’.

You can catch Vaudeville Smash playing live TONIGHT at Northcote Social Club.  It’s going to be a big gig. Tickets can be purchased HERE or on the door.

Our original concept for the Richter Scale video was an 80’s throwback studio shoot which is pretty much the complete opposite of the final product. When the boys invited me to come on tour to Sapporo and Tokyo and film some of the shows, it seemed only logical to take advantage of Tokyo’s amazing aesthetic and conjure up something that encapsulates the frenetic neon pop energy that is ‘Vaudeville Smash’.

We had 3 days to shoot 12 very hectic locations, essentially without permits. Something that would have been very nearly impossible without the cooperation of a band as gun-ho and crazy as the Lucchesi bro’s and Marty and James. Among countless misadventures we literally got extorted by Yukuza who almost confiscated our footage, sabotaged by bat shit crazy bipolar call girls and locked into self service love hotels while shooting the video… The whole experience was completely “off the Richter Scale”.

Shout outs to JC and Dean from Madam Virtue & Co and Mister Hewitt in Melbourne for styling the boys original Tokyo Wardrobe!