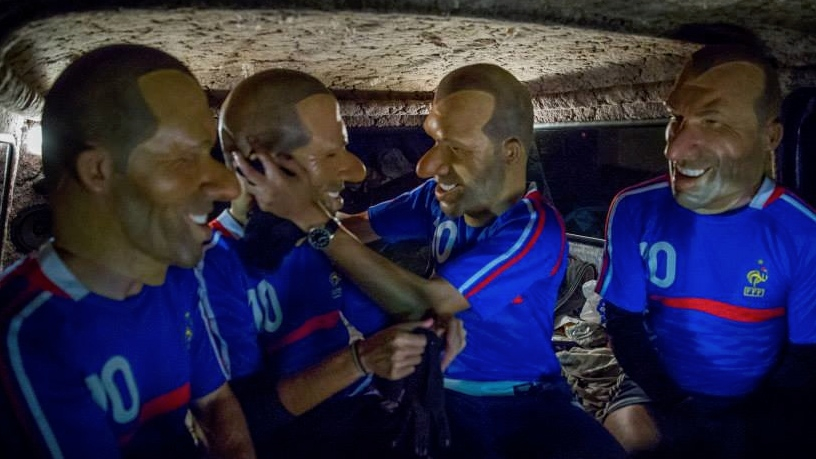 Vaudeville Smash dropped their video to the track ‘Zinedine Zidane’ just over a week ago and it has now hit over 370,000+ plays on YouTube and pretty much gone viral all over the globe.

Huge sport publications Marca (Spain) and Lequipe (France) and EurosportRU (Russia) have gone crazy for the track, which has caused a wave of viral shares to trend on Reddit and Twitter this week.  The video has also charted in the French iTunes Video Chart at #29.  Even Alexi Lalas (a soccer player who was mentioned in the track) has given a shout out to the band.

In celebration of hitting that target with still over a week to go to the world cup, they’ve put it out on Soundcloud for a share and a stream.  Obviously, we are more than happy to oblige with getting this track out there.  Let’s face it…this completely knocks any official FIFA track by Pitbull and Ricky Martin for a six.

If you want to know who is mentioned in the track by Australian SBS soccer commentating legend Les Murray, check out the lyrics below:

Intro
In 1972, under a scorching June Sun
In the French Coastal town of Marseilles
Two Algerian immigrants awaited the birth of their 5th child
Later that day, a star was born

Bridge
And he’ll burn through the dark like a fire (Puskas, Eusebio)
So much more than the world was dreaming of wa ya ya (Beckenbauer, Platini, Best)
He’ll fight (Charlton)
And his light (Cruyff)
Will shine on and on and on (Baggio)
Oh, why (Diego Armando Maradona)
With his will to survive (Pele)